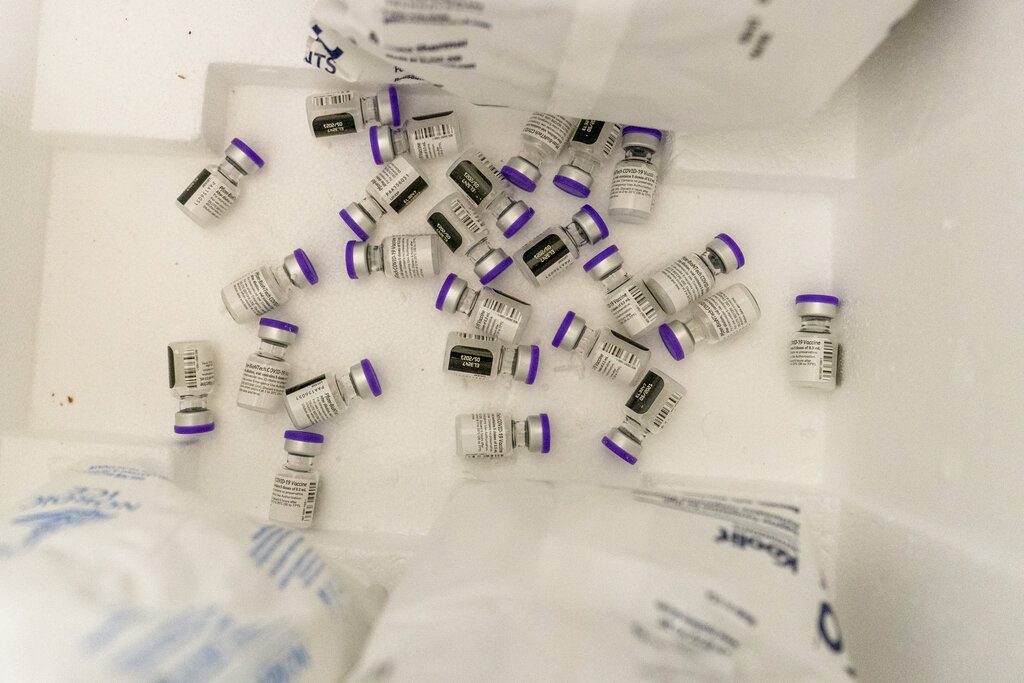 The European Union’s vaccination campaign is catching up with the United States.

European officials vaunted figures from Our World in Data showing that 55.6% of EU citizens have had at least one dose, compared to 55.4% in the U.S. It was the first time the EU figures outpaced those across the Atlantic.

Our World in Data says the U.S. still has a higher proportion of fully vaccinated people. The figures are 48% in the U.S. versus 42% in the EU. Britain and some other countries are moving faster than either.

The EU took a more cautious approach to vaccines initially and got off to a slower start than the U.S.

EU markets commissioner Thierry Breton noted that half of vaccines made in the bloc have been exported to more than 100 countries overall. But extreme global vaccine inequalities remain. Only a small fraction of vaccines reaching the poorest populations in Africa and elsewhere.