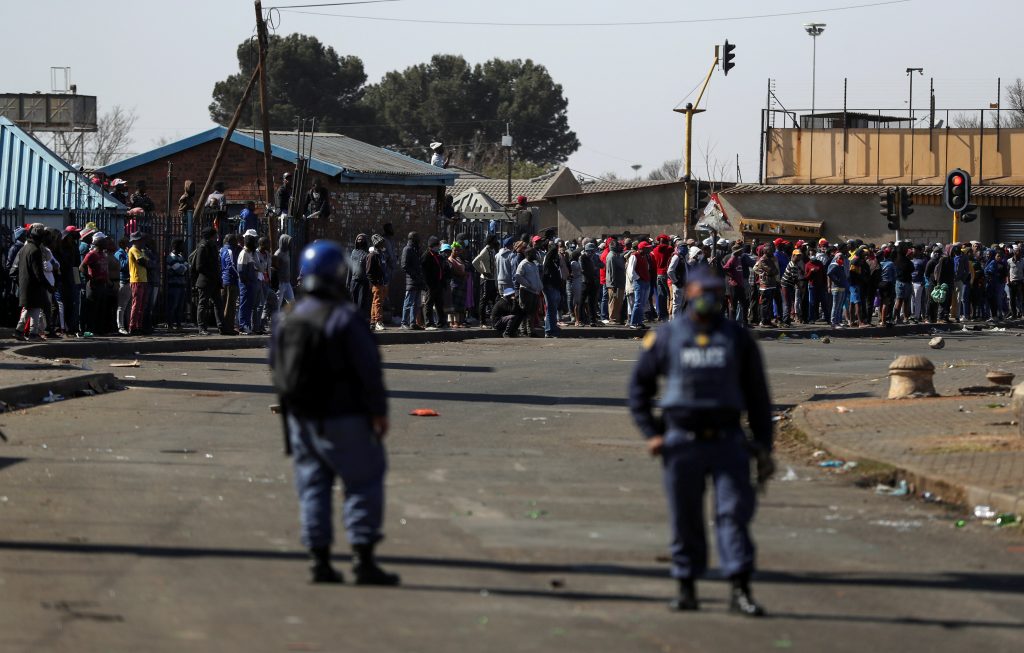 Rioters looted shops and threw stones at police on Tuesday as violent protests triggered by the jailing of former president Jacob Zuma spread across South Africa.

The military prepared to send in 2,500 troops as outnumbered police seemed helpless to prevent attacks on businesses in Zuma’s home province KwaZulu-Natal and in Gauteng Province, where the country’s biggest city, Johannesburg, is located.

At least 30 people have been killed in days of unrest that broke out last week when Zuma handed himself over to authorities. The protests have been fueled further by frustration over poverty, inequality and the economic impact of COVID-19 restrictions.

Nearly 500 people have been arrested, while shops, gas stations and government buildings have been forced to close.

“What we are witnessing now are opportunistic acts of criminality, with groups of people instigating chaos merely as a cover for looting and theft,” President Cyril Ramaphosa said in an address on Monday night.

Zuma, 79, was sentenced last month for defying a constitutional court order to give evidence at an inquiry investigating high-level corruption during his nine years in office until 2018.

The decision to jail him resulted from legal proceedings seen as a test of post-apartheid South Africa’s ability to enforce the rule of law, including against powerful politicians.

But any confrontation with soldiers risks fueling charges by Zuma and his supporters that they are victims of a politically motivated crackdown by Ramaphosa, his successor.

The violence worsened as Zuma challenged his 15-month jail term in South Africa’s top court on Monday. Judgment was reserved until an unspecified date.