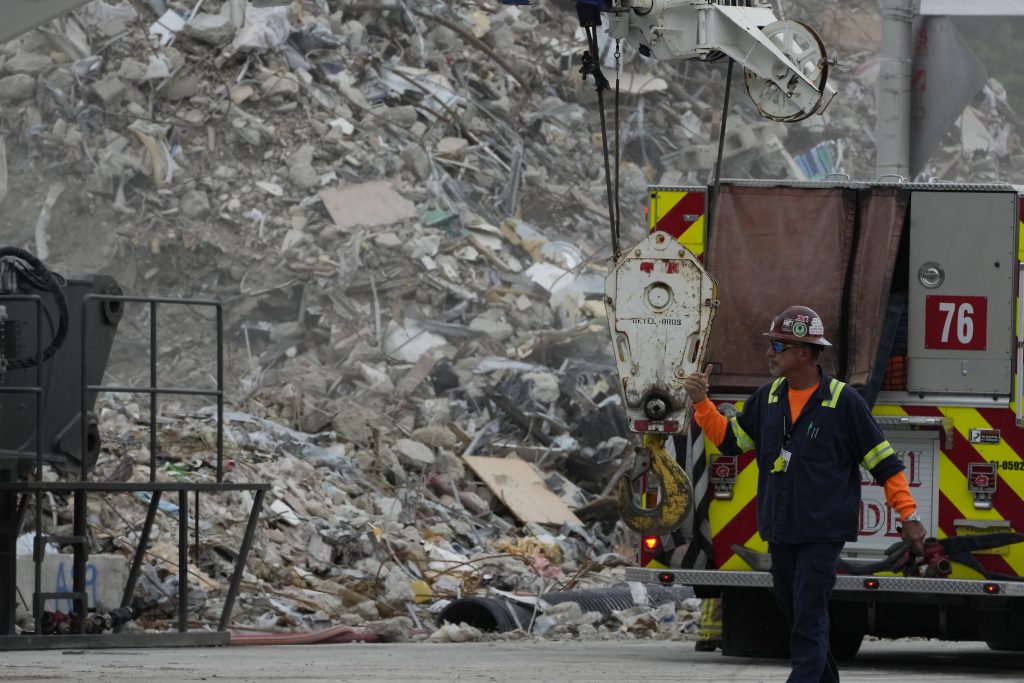 Rescuers have found five more bodies in the ruins of the condo collapse site in Surfside on Monday and Tuesday, bringing the death toll to 95. Nearly 100 victims have been recovered, and most have been identified. 14 people remain unaccounted for.

Miami-Dade Mayor Daniella Levine Cava, at a press conference on Monday, said that the recovery efforts may finish by next month, according to New 7 Miami.

“We can’t put an outside date on it, something in the window of 14 to 21 days,” she said, “hopefully on the shorter side of that. We are making great progress on the pile.”

More than 12 million pounds of concrete have been removed from the site, enabling rescuers to more easily access the lower portions of the building.

Miami-Dade Police Director Alfredo Ramirez III said the Property and Evidence Section is working “around the clock to ensure all recovered personal property and family heirlooms are treated with the utmost respect and consideration for faith.”