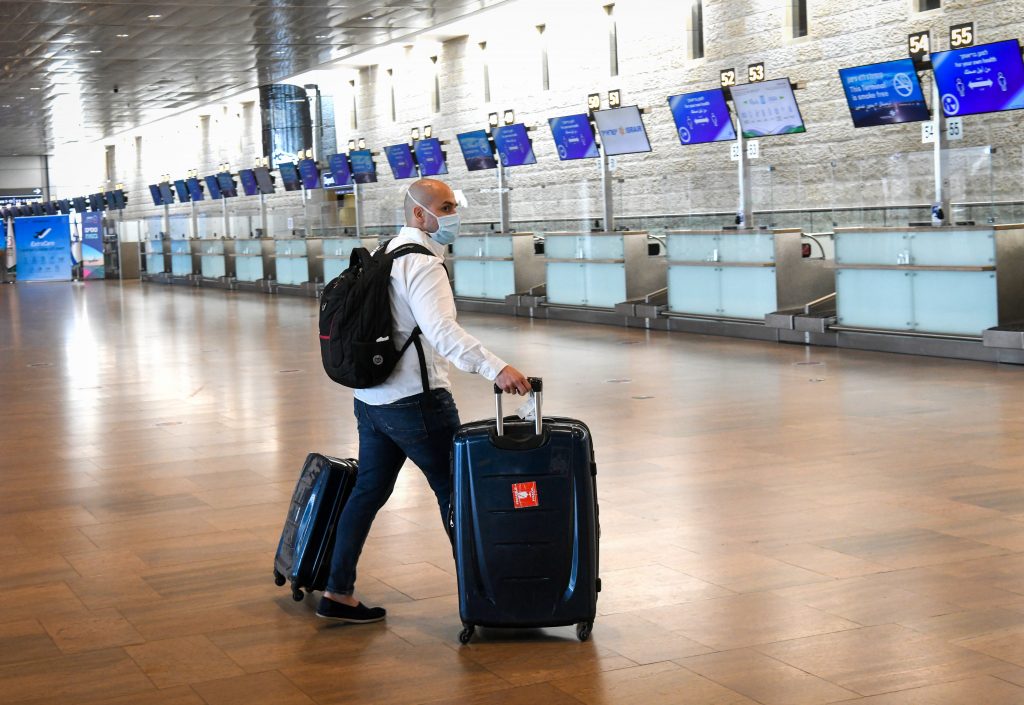 ​The Knesset’s Constitution, Law and Justice Committee convened on Sunday and approved the regulations for dealing with the coronavirus.

The new regulations determine that as of Sunday night at midnight, an attempt to leave Israel to a country to which the regulations have prohibited departure will be considered a criminal and administrative offense bearing a NIS 5,000 fine. In addition, Uzbekistan and Belarus will be added to the list of maximum-risk countries, which will now include the following: Uzbekistan, Argentina, Belarus, Brazil, South Africa, India, Mexico and Russia.

The existing regulations prohibit Israeli citizens and residents (with the exception of cases authorized by the Exceptions Committee) from leaving Israel for maximum-risk countries. In addition, all people entering Israel from these countries (of all ages, including people who have recovered or were vaccinated) are required by Health Ministry procedures to go into quarantine after entering Israel. The validity of the regulations was also extended by another two weeks, until July 25.

Cmdr. Zvi Chassid, head of the Israel Police Coronavirus Enforcement Directorate, said, “The police’s focus is enforcement for people in quarantine who have returned from abroad. Ben Gurion Airport has been reinforced by the police with eight additional officers, whose main focus is to supervise the “red” flights landing at Terminal 1. At present, there is no agency, belonging to either the police or the Israel Airports Authority, that carries out pinpointed enforcement for everyone that leaves Terminal 1 by bus or taxi, but rather a few checks.”

Amnon Shmueli, of the Population and Immigration Authority, said: “There is full enforcement of the departure prohibition. We are at the boarding gates, and we remove all those who are headed for these countries. There are people who are required to be in quarantine, and we identify them and hand them over to the police. We have removed 150 people [from the boarding gates] in the past week. At the boarding gate, no one boards without authorization from the Exceptions Committee, unless that person misleadingly declares that he is not departing for such a country, and exits the border.”

The regulations passed by a vote of six MKs in favor, one MK against and two abstentions.