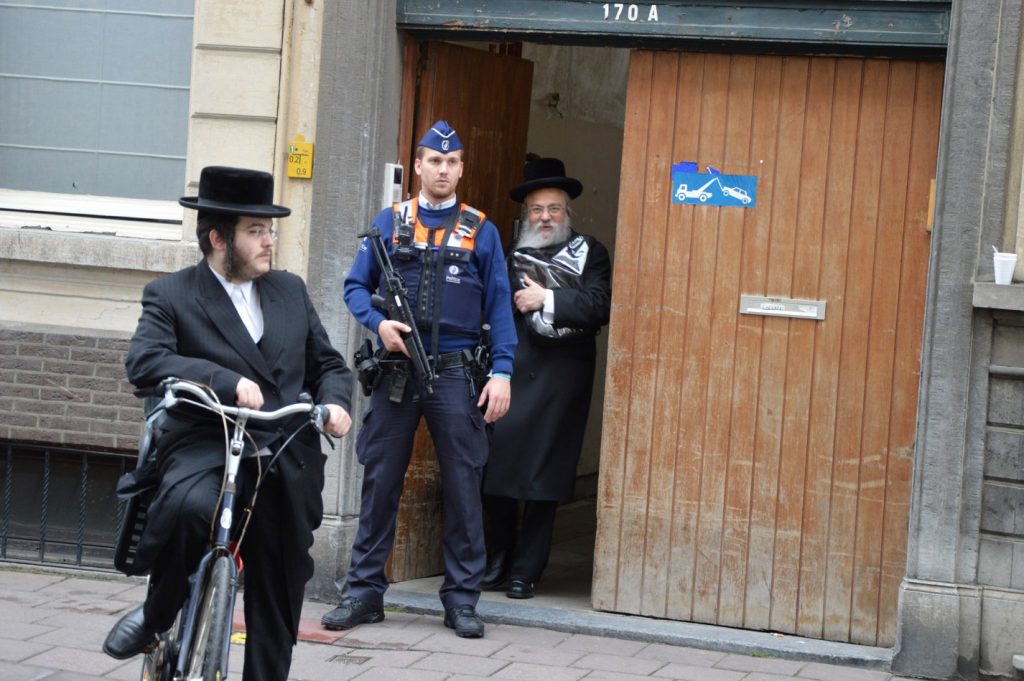 The Belgian army will no longer be involved in guarding Jewish sites or the U.S. and Israel embassies starting September 1, European Jewish Press reported.

Community representatives were told the level of security would remain the same, after they protested that the decision to remove the military was made without their input.

In August, the Interior Ministry cabinet will discuss funding for Jewish institutions to use for their security needs.

There has been a military presence at Jewish buildings since 2014, when a terrorist attack against the Jewish Museum in Brussels killed four people.

The decision came despite serious ongoing threats and rising anti-Semisim against the Jewish community, especially since the recent clashes in Israel.

Rabbi Menachem Margolin, the chairman of the Association of Jewish Organizations in Europe, wrote a letter to Belgian Interior Minister Annelies Verlinden urging her to reconsider the decision “precisely when the anti-Semitic threats are at its peak and the harassment of Jews is becoming a daily struggle.”