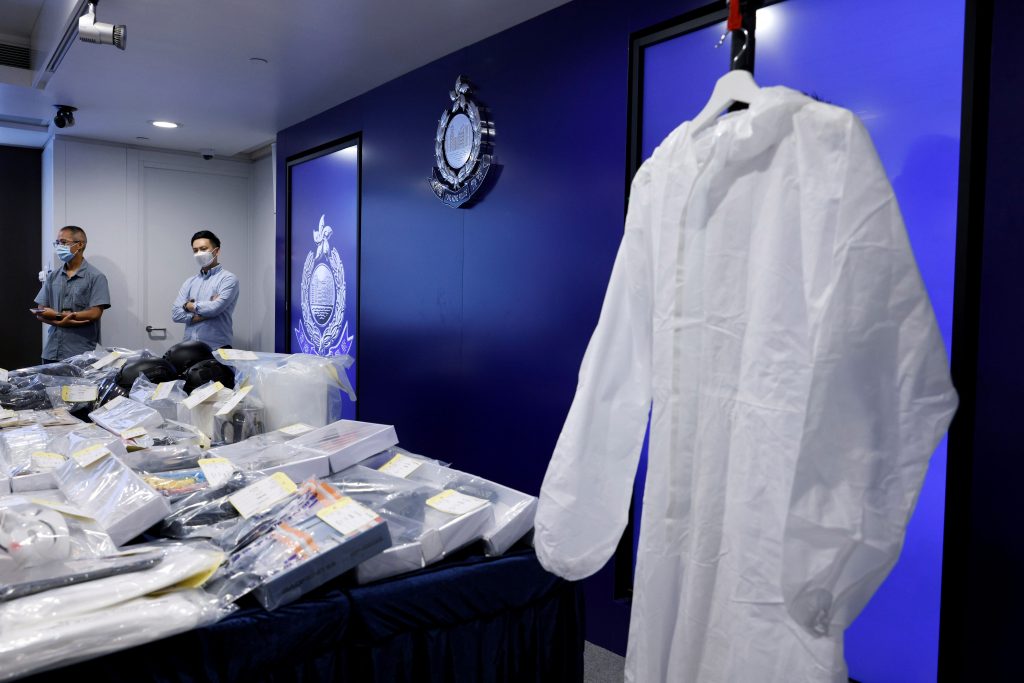 Hong Kong police on Tuesday said they arrested nine people on suspicion of engaging in terrorist activity, after uncovering an attempt to make explosives and plant bombs across the city.

The arrests come amid a politically divisive time in Hong Kong, two years after months of massive pro-democracy protests rocked the semiautonomous Chinese city. The arrests come a year after Beijing imposed a harsh new security law on the former British colony.

Of the nine arrested, six are secondary school students. The group were attempting to make the explosive triacetone triperoxide (TATP) in a homemade laboratory in a hostel, police said.

They planned to use the TATP to bomb courts, cross-harbor tunnels, railways and even planned to put some of these explosives in trash bins on the street “to maximize damage caused to the society,” police said.

Police also froze about 600,000 Hong Kong dollars in assets that they say may be linked to the plot. The group all planned to leave Hong Kong for good, and were planning to conduct the sabotage in Hong Kong before they left the city, authorities said.

Hong Kong chief executive Carrie Lam said at a regular news briefing Tuesday that she hopes the members of the public will “openly condemn threats of violence.”

Lam said that an envelope of “white powder” had been sent to her office. Police said Tuesday that the substance was still being analyzed but that they did not believe it to be dangerous.

In December 2019, authorities defused two bombs at a local Catholic school. A remote-controlled homemade bomb was also detonated near a police car in 2019 when the anti-government protests were ongoing.