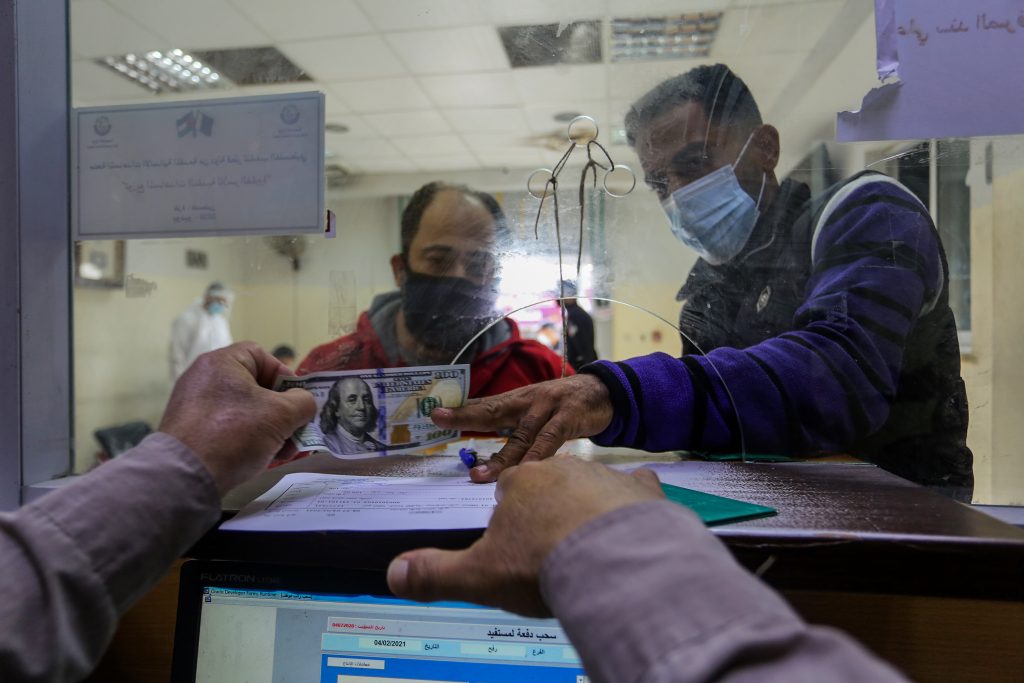 The United Nations will oversee the transfer of Qatari money to the Gaza Strip, a Palestinian paper reported Sunday, resolving one of the sticking points in negotiations after the 11-day war fought in May between Israel and the Hamas terror group that rules the Strip.

Israel had insisted that Hamas could not be allowed unfettered access to the funds on the grounds that it had previously used international assistance earmarked as humanitarian aid to replenish its weapons stores and build more of the attack tunnels that crisscross the coastal enclave.

The report by the Palestinian daily Al-Quds stated that Israel agreed to the new mechanism following talks between U.N. special envoy to the region Tor Wennesland and Israeli and Qatari officials.

According to the plan, the money will be transferred to banks belonging to the Ramallah-based Palestinian Monetary Authority and not local banks in Gaza.

The Qatari money is officially intended to distribute $100 monthly payments to some 100,000 families in Gaza, all picked by Hamas and classified as “in need.” The rest of the money is intended for the salaries of Hamas officials in the enclave.

Qatar has long been a primary source of financial aid to the Gaza Strip, which is blockaded by both Egypt and Israel, distributing hundreds of millions of dollars in recent years.

Israel is said to have agreed to this arrangement over the understanding that the money will directly reach the families in need and be kept away from Hamas.

Hamas sources told Al-Quds that they have no objection to the mechanism. Hamas leaders Khaled Mashaal and Ismail Haniyeh both live in the Qatari capital Doha.

Indirect talks between Israel and the terror group on a more comprehensive ceasefire were set to continue in Cairo in the coming days.