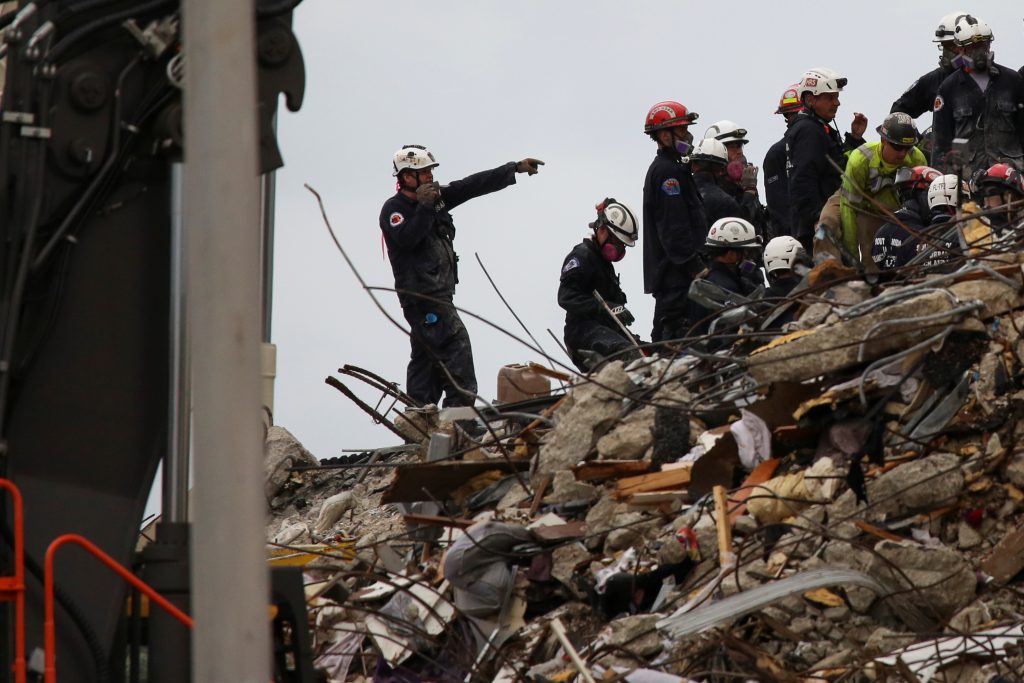 The Miami-Dade County mayor Daniella Levine Cava said Thursday morning that rescue work at the collapsed condominium has been halted due to concerns of stability of section still standing.

The confirmed death toll rose to 18 on Wednesday with the discovery of six more bodies in the ruins of the Champlain Towers South condo, including the remains of two children, aged 4 and 10. Another 145 people are missing and feared trapped in the rubble.

Authorities have held out hope that more survivors might be found, but prospects have grown dimmer by the hour. Nobody has been pulled alive from the wreckage since the early hours of the disaster in the oceanfront town of Surfside, adjacent to Miami Beach, despite an around-the-clock search effort.