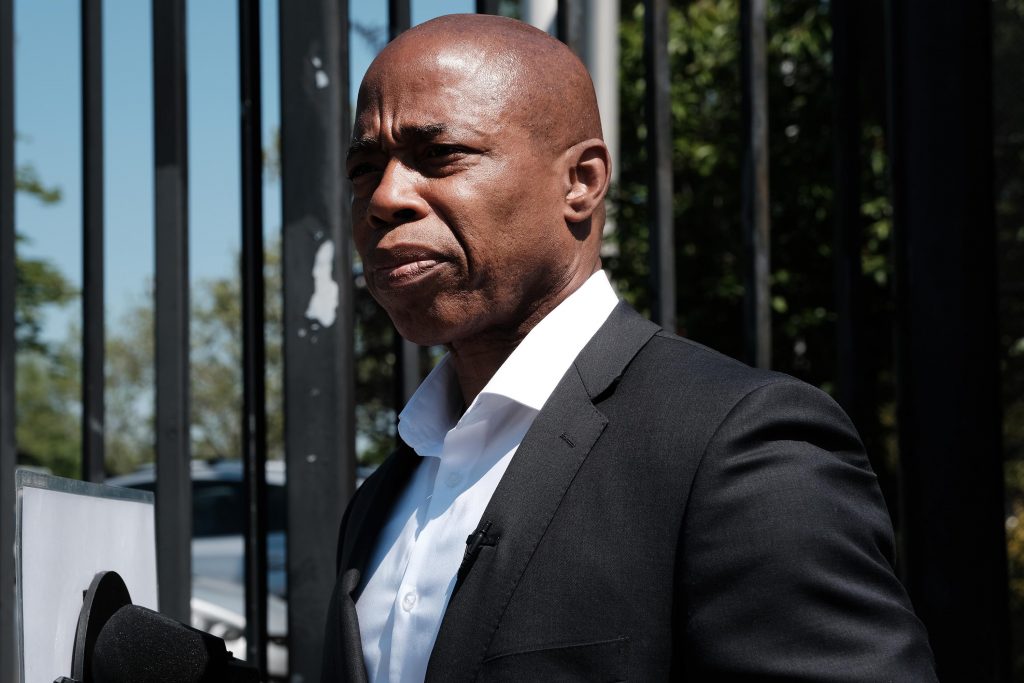 The Eric Adams campaign filed a preemptive lawsuit in Kings County Supreme Court on Wednesday “to preserve our right to a fair election process.”

Adams, the frontrunner for Democrat mayoral nominee, released a statement calling to “have a judge oversee and review ballots, if necessary” in light of the Board of Election’s hasty withdrawal of a vote tabulation when it was revealed the numbers were flawed.

“We are notifying the other campaigns of our lawsuit through personal service, as required by law, because they are interested parties,” Adams said.

“We invite the other campaigns to join us and petition the court as we all seek a clear and trusted conclusion to this election,” he added.

On Tuesday afternoon, the BOE released what it said was the results of the first round of ranked-choice voting. It showed that Adams, who had taken a substantial lead from in-person votes, had lost much of his lead and was ahead of runner-up Kathryn Garcia by fewer than 16,000 votes.

Shortly after, the BOE tweeted there was a “discrepancy” and yanked the results from its website without explanation.

Around 10:30 p.m., the BOE released a statement saying that 135,000 test ballots had never been cleared from the computer system, and those ballots had inflated and corrupted the vote numbers released earlier that day.

Both Adams and Garcia criticized the BOE and expressed optimism they would emerge victorious.

“Today’s mistake by the Board of Elections was unfortunate. It is critical that New Yorkers are confident in their electoral system, especially as we rank votes in a citywide election for the first time,” Adams said in a statement. “We appreciate the Board’s transparency and acknowledgment of their error. We look forward to the release of an accurate, updated simulation, and the timely conclusion of this critical process.”

Garcia’s campaign said in a statement, “New Yorkers want free and fair elections, which is why we overwhelmingly voted to enact ranked choice voting. The BOE’s release of incorrect ranked choice votes is deeply troubling and requires a much more transparent and complete explanation. Every ranked choice and absentee vote must be counted accurately so that all New Yorkers have faith in our democracy and our government. I am confident that every candidate will accept the final results and support whomever the voters have elected.”

Regardless of the BOE error, the numbers posted would have been a partial portrait of each candidate’s ranking, as more than 125,000 absentee ballots have not been counted yet. Those ballots will be added to the count by July 6.

The BOE is expected to release new results on Wednesday afternoon.