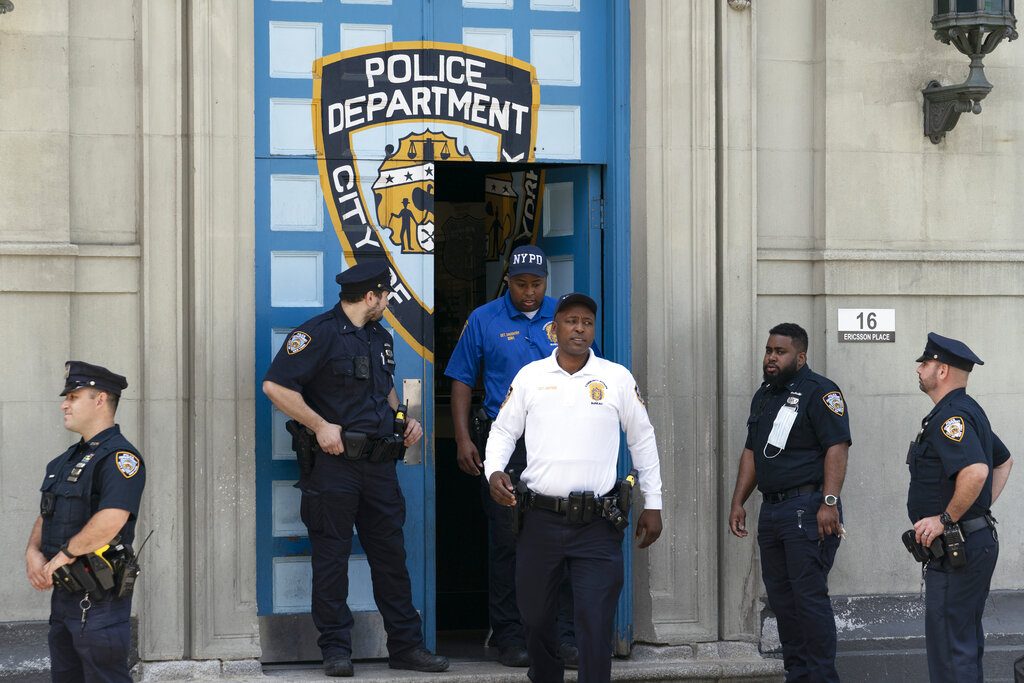 New York City Mayor Bill de Blasio promised Monday to dramatically boost the number of police officers in Times Square after a man reportedly visiting with his family was shot and wounded.

It was the second shooting in two months at the famous Manhattan tourist attraction and a high-profile setback for the city as it begins welcoming back tourists after a year-long pandemic lockdown.

“The bottom line is we are going to flood the zone in Times Square with additional officers to make sure this situation is resolved once and for all,” the mayor said at a morning briefing. “We have more and more activity out there, more and more jobs coming back, more and more tourists coming back. They have to be safe and they have to feel safe.”

The 21-year-old victim was shot in the back about 5:15 p.m. Sunday, police said. He was taken to a hospital for treatment of what were described as non-life-threatening injuries.

A man had fired several shots during a “heated argument” with other people and the unidentified victim was hit by one of the bullets that ricocheted, said police Chief of Department Rodney Harrison.

A family member plucked the bullet out of the victim’s back and gave it to an officer, police said. No one else was hurt in the shooting.

The officers in Times Square will focus on stepping up enforcement against illegal solicitations and panhandling, a longstanding issue at the crowded crossroads. Some of the officers will work undercover, according to city officials.

The shooting took place near the site of a May 8 shooting that wounded two women and a four-year-old girl. A man was later arrested in Florida following that shooting and charged with attempted murder.

“I started to see people running. At first I didn’t think anything of it,” Elkordy said. “Shortly after, I saw the caution tape. They blocked off the area, and shortly after the ambulance responded. I saw a big crowd of people and I knew somebody got shot.”

Police have made no arrests.