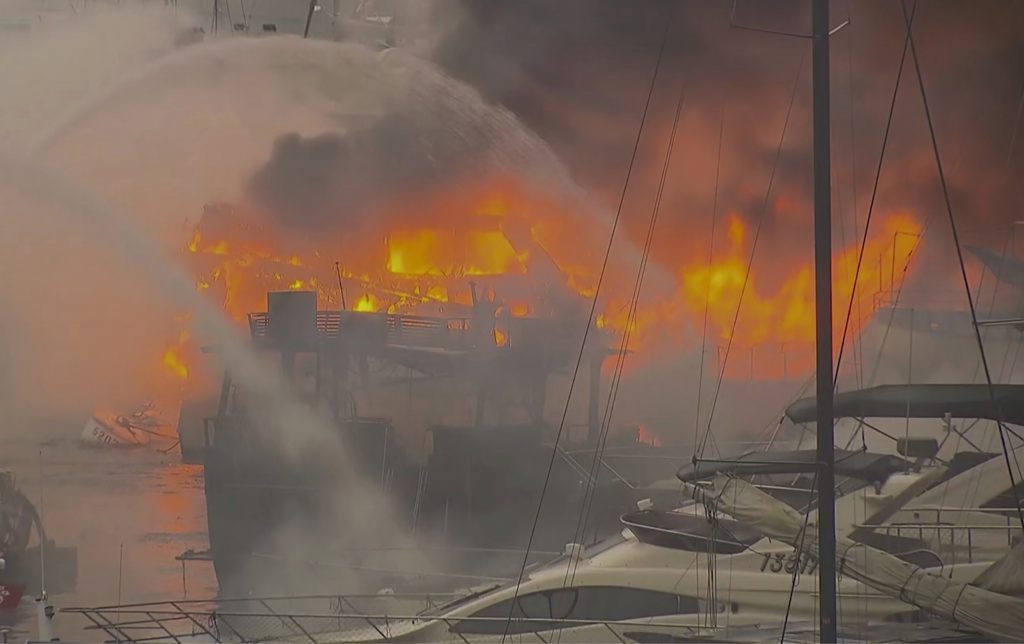 A fire engulfed 16 vessels in a Hong Kong typhoon shelter early Sunday, resulting in at least 10 boats sinking and one person sent to a hospital.

The fire broke out at about 2:30 a.m. at the Aberdeen South typhoon shelter in Hong Kong, and was extinguished more than six hours later.

Firefighters rescued 35 people from vessels during the fire, according to public broadcaster RTHK.

There were no reports of any injuries, although one person who felt unwell was sent to the hospital.

It wasn’t immediately clear what caused the fire.