Israel Honduras President in Israel for Opening of Embassy
Israel 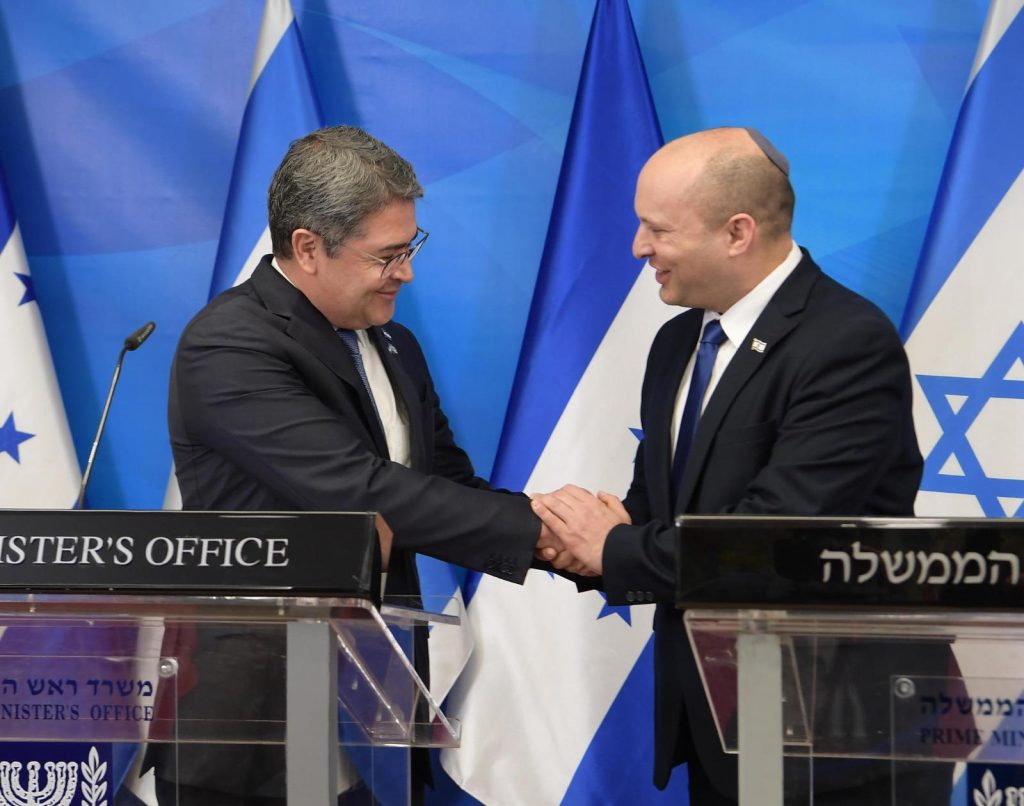 Honduran President Juan Orlando Hernández was in Israel on Thursday for the inauguration of his country’s embassy in Yerushalayim.

It will be the fourth foreign embassy to open in Yerushalayim in recent years, after the United States, Guatemala and Kosovo.

Hernández was also expected to meet later with Opposition Leader Binyamin Netanyahu, who played a large role in facilitating the embassy move.

Israel is set to open a diplomatic office in Tegucigalpa, the capital city of Honduras, in response, after opening a temporary representative office there last August.

The two countries agreed to open embassies in their respective capitals during a phone call between Hernández and Netanyahu last September, but the embassy move was delayed due to the COVID-19 crisis.

Hernández decided on the embassy move for this summer as his four-year presidential term ends this upcoming fall.

Honduras recognized Yerushalayim as Israel’s capital in August 2019 and a month later opened a commercial office in Yerushalayim as an extension to Honduras’s embassy in Rishon LeTzion.