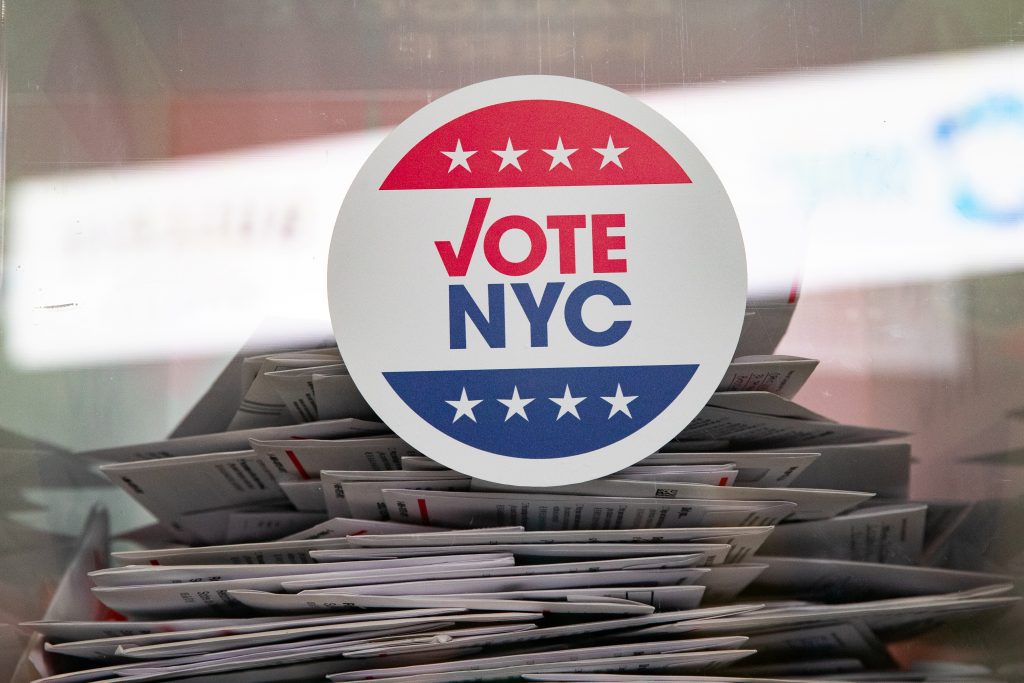 Tuesday is the last day to vote in the New York City primaries for mayor, district attorney, comptroller, borough presidents, and the majority of the City Council, among others.

And thanks to the new ranked-choice voting system, it’s likely New Yorkers won’t know who won for several days, if not weeks, The City reported.

Some races might not be decided until July. Adding to the complications of the ranked-choice system, more than 220,000 absentee ballots were sent out, and only 82,000 had been returned.

Absentee ballots need to be postmarked by June 22 the latest, and returned to a Board of Elections office by June 29.

Ballots that have errors can be corrected by the person who cast the ballot for several days. This “curing process” would entail voters being notified by the Board of Elections to correct errors, such as forgetting to sign the envelope of an absentee ballot. Only after that window of opportunity has closed, on July 9, will the official count begin.

That does not mean the public will be completely in the dark until the official tallies are released. On Tuesday, primary night, it is likely the unofficial results from the in-person first-choice votes. In most but not all elections that use the ranked-choice system, the candidate who receives the the most first-choice rankings wins.

“The results will be incomplete, and it may or may not be a prediction,” said Susan Lerner, the executive director of Common Cause New York. “We’ll only know in hindsight.”

Polls close at 9 p.m., and unofficial results are expected to be posted online that night and updated as more votes are counted.

If a candidate wins at least 50% of the vote outright on Tuesday, with enough votes that absentee bolls will not meaningfully change the results, they have won.

If not, the ranked-choice voting system will be implemented, and the results of the next round, this time including absentee ballots, will be posted June 29. If no candidate has won 50% or more, the results of the third round will be published July 6. It is most likely the election results will be confirmed and New York will know who its nominees and presumptive winners are by the week of July 12.

Currently, Eric Adams is leading the race, with Kathryn Garcia, Maya Wiley, and Andrew Yang close behind. If the results are close, the ranked-choice system is likely to go through several rounds before the winner of the Democratic primary can be determined. As New York City is one of the bluest in the country, the Democratic nominee is the presumptive winner of the November election.