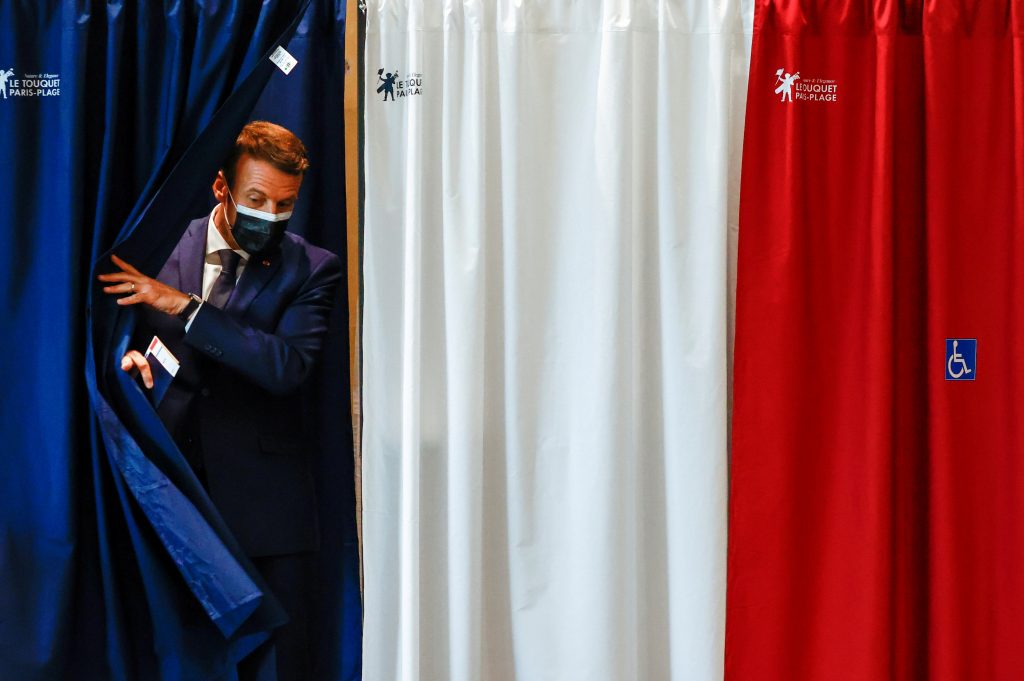 France’s far right performed worse than predicted in Sunday’s regional elections, exit polls showed, leaving victory in the southern battleground of Provence-Alpes-Cote d’Azur and a platform for the 2022 presidential election in the balance.

Marine Le Pen’s Rassemblement National expressed frustration at a record low turnout, as the centre right made its first comeback at the ballot box since a disastrous showing in the 2017 presidential election and President Emmanuel Macron’s party finished fifth.

The high abstention rate in Sunday’s first-round vote, projected at 68.5% by pollster Elabe, coincided with a sunny Sunday and emergence from months of tough COVID-19 curbs.

“I can only but regret this civic disaster, which has very largely deformed the electoral reality of the country and given a misleading idea of the political forces at play,” Le Pen said.

“If you want things to change, get out and vote.”

An IPSOS exit poll showed the centre-right Les Republicains winning 27.2% of the national vote, ahead of the far right on 19.3%, followed by the Green party, the Socialist Party and Macron’s La Republique en Marche on 11.2%.

For Le Pen’s far-right, that is a drop of more than 7 percentage points nationwide compared to the last election in 2015, which came on the back of the Paris Islamist attacks.

The regional elections, for which a second round of voting will be held on June 27, offer a taste of the voter mood ahead of next year, and a test of Le Pen’s credentials.

She has made a concerted push to detoxify her party’s image and erode the mainstream right’s vote with a less inflammatory brand of eurosceptic, anti-immigration populist politics.

In the northern Hauts-de-France region, Les Republicains performed stronger than expected, according to exit surveys, polling ahead of the far right with a wider-than-forecast margin.

The party’s lead candidate in the north, Xavier Bertrand, who is pitching to be the conservative’s presidential candidate in 2022, said the centre right had shown it was the most effective bulwark against the far right.

Macron’s ruling party did as badly as expected, with party spokesperson Aurore Berge calling it a “slap in the face”. The president has failed to plant roots locally, although his popularity nationwide remains higher than his predecessors.

Opinion surveys project Le Pen will poll highest in the first round of next year’s presidential vote, propelled by a support base fed up with crime, threats to jobs from globalisation and a ruling elite viewed as out of touch with ordinary citizens.

Le Pen’s party has never before controlled a region. If she wins one next week, it would send a message that a Rassemblement National president in 2022 cannot be ruled out.

Two exit polls showed Rassemblement National finishing top in Provence-Alpes-Cote d’Azur, but with a narrower-than-expected margin over the centre right’s Renaud Muselier, who had struck an alliance with Macron’s party.

However, the Green party’s candidate said he maintained his bid in the south, making the three-way contest more favourable to the far-right.

Results of Sunday’s first round will send parties into backroom dealing for two days to strike alliances ahead of the second round.