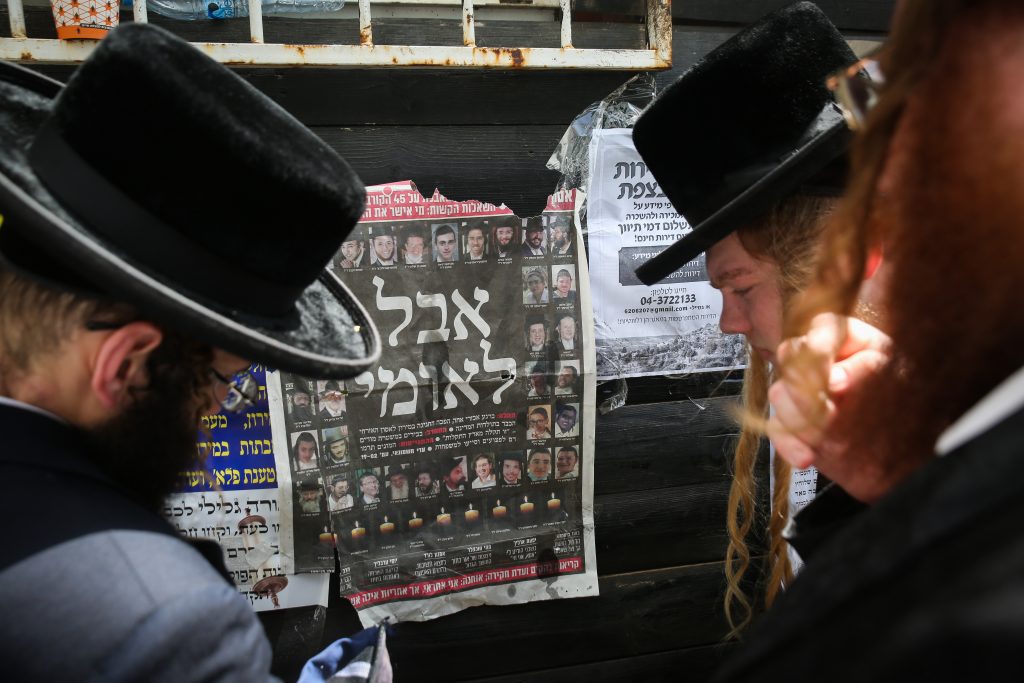 The new Cabinet convened Sunday for its first working meeting since it was sworn in last week, with an official inquiry into the 45 deaths in Meron on Lag BaOmer being approved by the Cabinet.

“Forty-five people lost their lives in this terrible disaster, and it is incumbent upon us to prevent the next disaster,” Prime Minister Naftali Bennett told the Cabinet meeting Sunday.

“The commission will not be able to bring back those who are no longer with us but the government must do everything it can to prevent unnecessary loss of life in the future,” he said.

“All sectors of society visit Meron and it is our responsibility to guarantee their safety.”

The government was warned more than a decade ago that overcrowding and poor planning at Lag BaOmer events in Meron could end in disaster, in a scathing report by then-state comptroller Micha Lindenstrauss.

Police are already carrying out a probe and the State Comptroller’s Office, which years ago deemed the Meron site hazardous, has announced its own investigation, though it cannot bring criminal charges.

“It is a moral debt to the families, and no less, an important step meant to prevent such tragic events in the future,” Defense Minister Benny Gantz said last week.

The panel, he said, would have “extensive powers giving it the possibility to get a broad and reliable picture of the facts and events that led to the tragedy, in all aspects, to identify failures and recommend lessons for the future.”

The bereaved families welcomed the move, saying in a statement that while “the decision on a state commission of inquiry will not bring back our loved ones, it will allow us to finally concentrate on commemorating them, rather than on the failures that caused this tragedy. We hope the committee will be headed by a person sensitive to the needs of the chareidi public.”

Other issues discussed by the Cabinet on Sunday were the extension of Lt. Gen. Aviv Kochavi’s term as IDF chief of staff and diplomatic appointments that were frozen during the previous government.

Ahead of the Cabinet meeting, the ministerial committee on diplomatic appointments approved the nominations of 36 foreign envoys, all veterans of the Foreign Ministry.