Construction will begin next week on a new bicycle path on the Brooklyn Bridge, altering Manhattan-bound traffic on the iconic bridge and nearby roadways.

Once construction is completed — expected to be early fall — the bridge’s innermost Manhattan-bound car lane will become a two-way bicycle lane, while the promenade, which is shared by pedestrians and bicycles, will become pedestrian-only.

Starting 9:00 p.m. Monday, the right turn from westbound Tillary Street onto the Brooklyn Bridge will be banned, both during and after construction. Combined with delays expected for the planned upcoming rehabilitation of the triple-cantilever section of the BQE, the city is advising that drivers seek alternate routes to Lower Manhattan, such as the Manhattan Bridge or the Hugh L. Carey (Brooklyn-Battery) Tunnel.

During construction, vehicular access to the bridge from Downtown Brooklyn via Adams Street and Sands Street will still be permitted. Diversions are expected to move traffic in Downtown Brooklyn to both bridges along Gold Street, Nassau Street and the Flatbush Avenue Extension.

The plan was first announced by Mayor Bill de Blasio at his State of the City address in January, as part of his “Bridges for the People” initiative. Changes will also be coming to the Queensboro Bridge: the north outer roadway will be converted to a two-way bike-only lane and the south outer roadway will become a two-way pedestrian-only lane, but that construction will begin at a later date.

De Blasio on Tuesday called the Brooklyn Bridge plan “a beautiful reimagining of New York City’s most iconic bridge,” which would support “more sustainable transportation for decades to come.” More than 130 miles of protected bike lanes have been installed across the city during the de Blasio administration.

Department of Transportation Commissioner Hang Gutman said that the bridge, completed in 1883, “has changed with the times – as horse-drawn carriages were replaced with trolleys, which were then retired with the advent of car lanes. In the coming months, we are going to transform this bridge we all love once again – this time with new bicycle lanes that invest in the bridge’s more sustainable future.”

But Brooklyn residents who frequently use the bridge told Hamodia the plan will cause further traffic issues in a notoriously congested city.

“I am an avid bike rider, and also a driver, and I strongly disagree with this loss of a car lane on the Brooklyn Bridge,” said Boro Park resident Chaim Greenfield. “There is already terrible congestion backing up the BQE before the bridge; this will only exacerbate a terrible problem.”

“My trip into Manhattan will now take longer, or I’ll have to pay the toll for the tunnel,” said Aaron Reich of Sunset Park. “My wife and I have eight children, including a few babies. We have to travel in a large van; we can’t take babies on a bike. This is another misguided attempt by the nanny state to govern our behavior.” 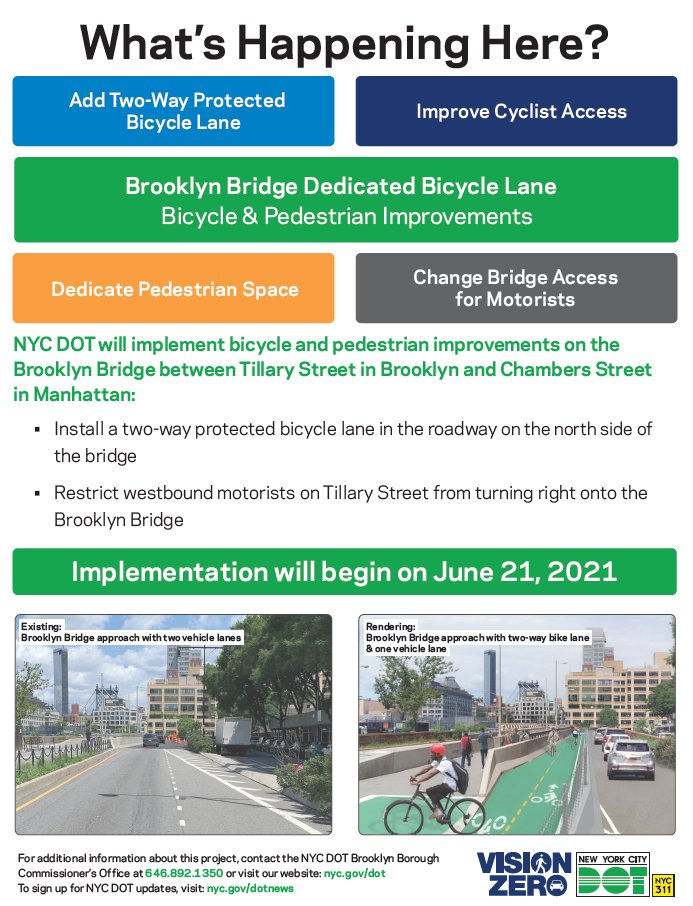 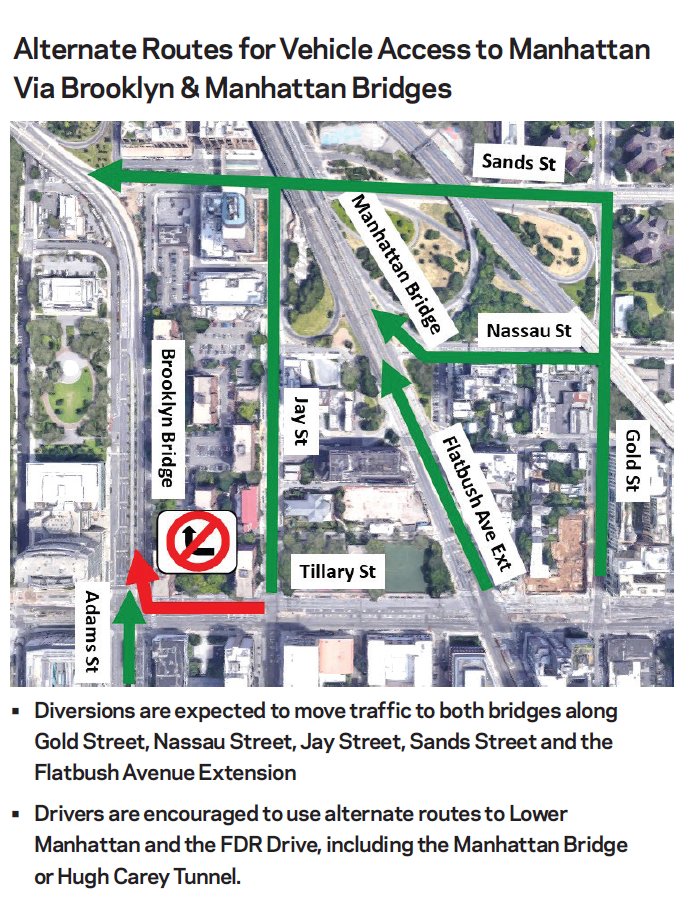