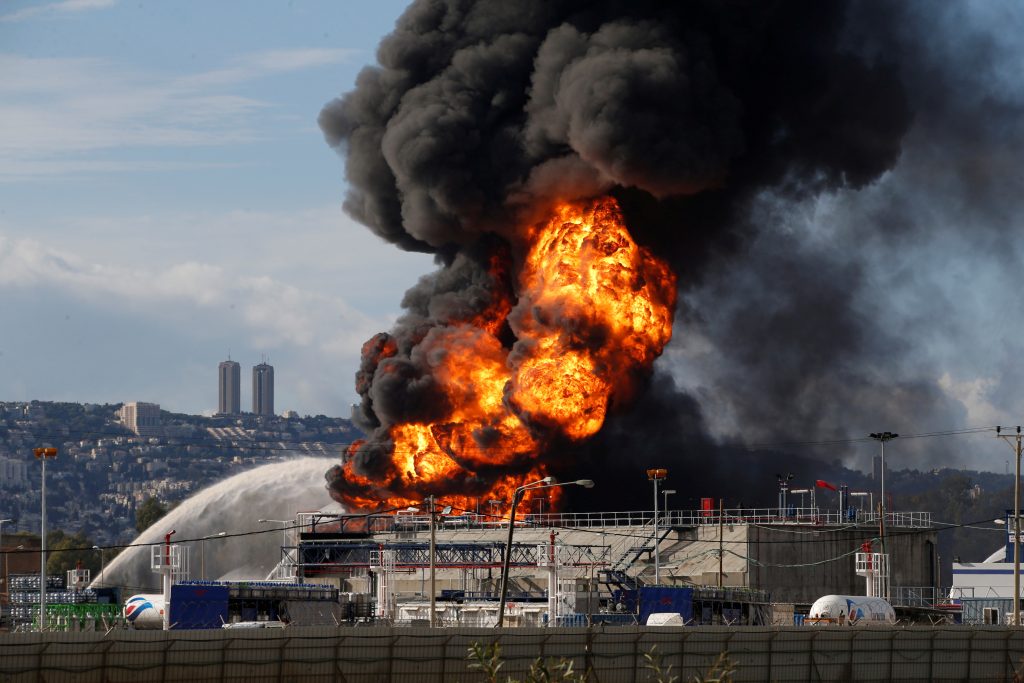 Israel is looking to shut a major industrial zone in the coastal city of Haifa that health officials say has been hazardous for years and turn it into an eco-friendly commercial and residential hub.

The plan is to phase out within a decade a number of factories, including the country’s largest oil refinery, that supply much of the country’s fuel products and petrochemicals used in materials like plastics and asphalt.

A “metropolitan park” will be built in their place, with a focus on green businesses, tourism, residences and nature.

The move, which has drawn union opposition over potential job losses, was recommended on Monday by a cross-ministerial panel for government approval. The new government to be sworn in next week has already said it intends to remove the factories.

To meet its energy needs Israel will rely more heavily on imports of refined petroleum products and will need to boost storage of vital industrial materials. The environmental protection minister welcomed the move, saying it was “serious news for the health of residents and the future of Haifa.”

The labor union at Oil Refineries, Israel’s largest refining and petrochemicals group that sits on 526 acres in the bay area, has rejected the proposal. It says the company’s business is critical to the economy and has promised to use “all tools at its disposal” to ensure its workers’ future.

If the recommendations are approved, the country will have 10 years to make alternative arrangements for imports and storage before the deadline to end petrochemical activity.

The government will have to negotiate terms with Oil Refineries and ICL Group, which operates a fertilizer and specialty chemicals factory in Haifa, the committee said.

Close to 2,000 will lose jobs in the change, though many more will be gained in the long term, the committee said. Industry officials say tens of thousands of jobs will be lost.