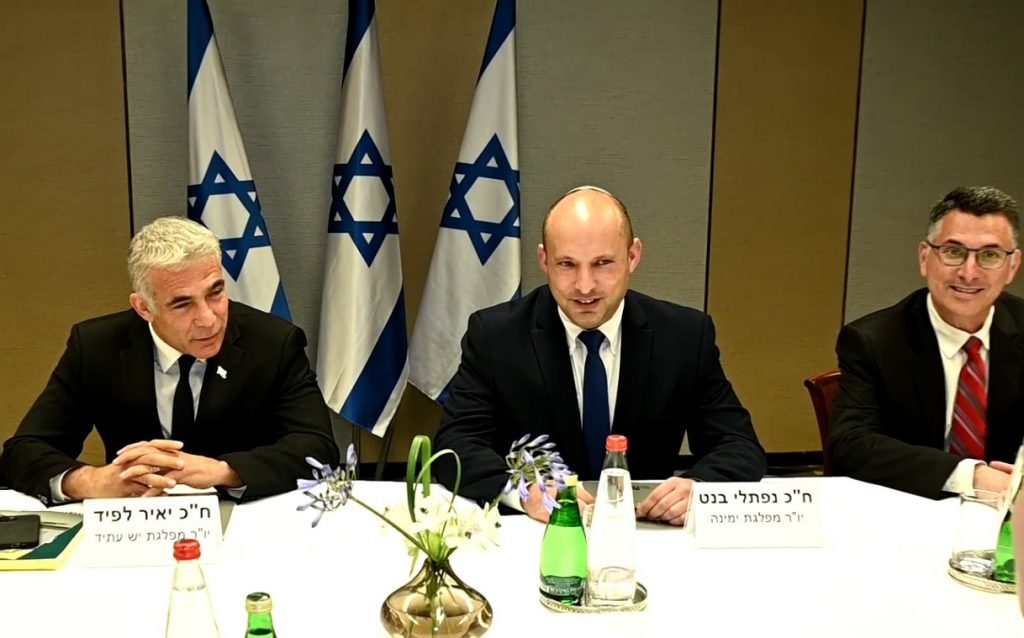 The incoming new government will renew final-status talks with the Palestinian Authority as soon as it is sworn in, several officials from the change bloc have reportedly told the Biden administration.

According to a report Monday in Yisrael Hayom, sources in the incoming government have told senior officials in the Biden administration that they plan to renew final-status talks with the PA on the basis of the two-state solution as soon as the new government is formed.

The Israeli sources cited in the report also said that Defense Minister Benny Gantz (Blue and White), who is slated to retain his position in the new government, made similar comments to senior U.S. officials during his trip to Washington last week.

The report also claimed that the messages were conveyed to U.S. officials without Prime Minister-designate Naftali Bennett’s approval or knowledge.

Bennett’s office said the Yamina chairman was unaware of any such messages to the Biden administration.

If talks are renewed between Israel and the PA, it will end a decade-long hiatus in final-status negotiations.

On Sunday, Prime Minister Binyamin Netanyahu blasted the incoming government, saying it would be forced into making concessions by the Biden administration, including building freezes in Yehudah, Shomron and Yerushalayim.

“This government won’t be able to stand up against demands to freeze construction in Yehudah, Shomron and Yerushalayim, or against pressures to evacuate [Jewish communities in Yehudah and Shomron].”