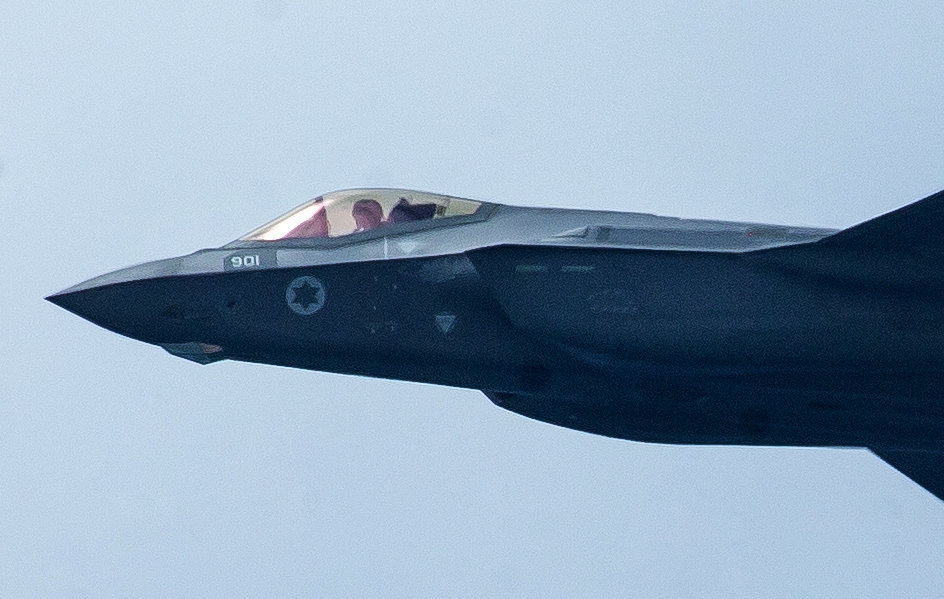 Six Israeli F-35 stealth fighters are currently in Italy for a two-week air exercise with the Italy, the U.S. and the U.K., the Israeli Air Force said on Sunday.

Officially, the objective is to improve the overall capabilities of the F-35, which entered service in late 2016, and this is the largest and farthest drill that the aircraft have participated in to date. It’s scheduled to run from June 6 to June 17.

However, a senior Israeli Air Force officer acknowledged that in part, the operation is meant to prepare Israeli pilots for use against Iran.

“Iran is in our focus,” the senior officer said, speaking to reporters on condition of anonymity.

The British aircraft carrier the HMS Queen Elizabeth will also take part in the exercise, which will be held both over Italian territory and the Mediterranean Sea.

According to the IAF officer, a large number of surface-to-air missile batteries will be used against the F-35 fighter jets in order to create an “atmosphere full of threats.”

During these missions, the Israeli pilots will simulate airstrikes on targets behind enemy lines and ground support missions, while flying over unfamiliar terrain.

In addition to facing off against surface-to-air missile threats, the Israeli jets will also take part in aerial dogfights.