Israel Police Give Okay to Flag March, But Netanyahu to Decide
Israel 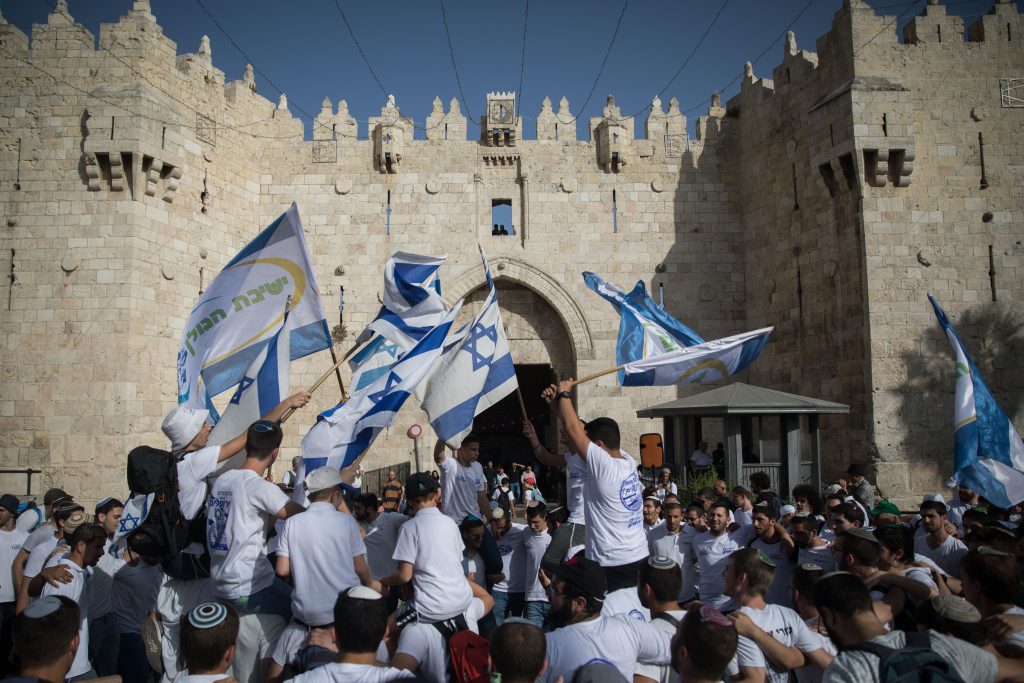 Despite warnings that it could reignite violence, the Israel Police approved in principle the Yerushalayim flag march scheduled for Thursday, according to Walla news.

Police officials will now submit their recommendation to the political echelon for a final decision, the report said.

The annual Flag March, a patriotic display that provokes Arab anger as it passes through the Old City, was rescheduled, after it was canceled mid-event on May 10, Yom Yerushalayim, when Hamas fired rockets toward the capital, starting 11 days of fighting.

Earlier on Sunday, Foreign Affairs Minister Gabi Ashkenazi wrote a letter to Prime Minister Binyamin Netanyahu, asking him not to approve the march.

“There is international and regional sensitivity to take into account and there is no point in measures that could lead to escalation,” wrote Ashkenazi.