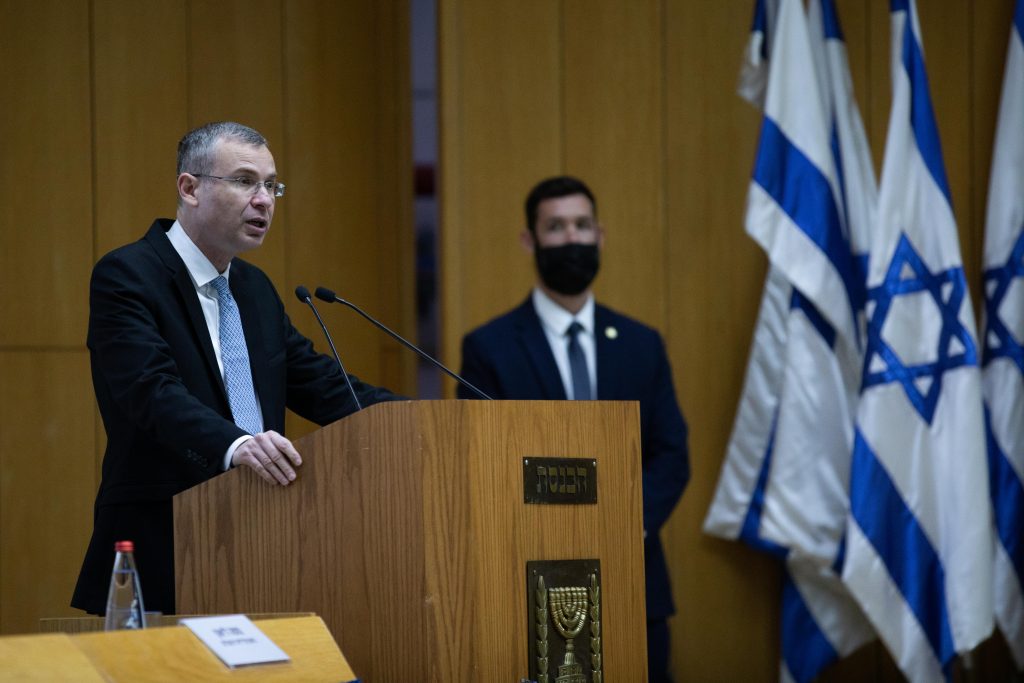 It appeared on Thursday afternoon that the coalition’s attempt to oust the Knesset Speaker in order to expedite a vote to confirm the new government fell through.

Both Yesh Atid and Yamina have disavowed the support of the Joint Arab List to replace the Likud’s Yariv Levin, who reportedly intends to delay the vote as long as possible, with Yesh Atid MK Mickey Levy, who would schedule it at the earliest possible date.

Yesh Atid was quoted by Channel 12 saying the Joint List’s declaration of support from its six members wasn’t coordinated with the party.

Similarly, Yamina sources were quoted by Walla news to the effect they won’t rely on Joint List support and will elect a new Knesset speaker when the government is sworn in and not before, which means a few days’ delay.

The vote could be held as early as next Monday, or be delayed for a week or more. Likud strategy dictates dilatory maneuvers in order to give more time to keep the new government from materializing.