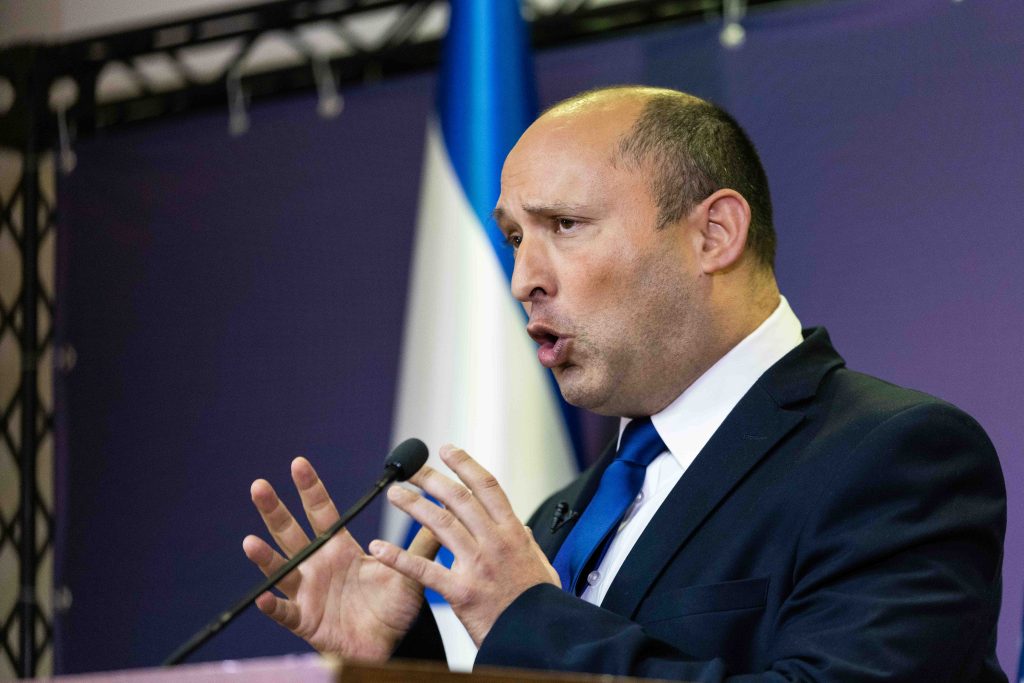 Negotiating teams from four parties met overnight Sunday to discuss terms for the formation of a new government, after Yamina chairman Naftali Bennett publicly declared that he would be joining a government with Yesh Atid and other left-wing parties.

Representatives from the Yamina, Yesh Atid, New Hope and Blue and White parties gathered Sunday night and continued talks until 3:00 a.m. Monday to hammer out the details of the new government.

The New Hope party is currently demanding a ministerial portfolio for MK Yoaz Hendel, who is seeking either the Culture Ministry or the Agricultural Ministry portfolio.

Blue and White has also demanded both of these ministries, and as of now has refused to concede either.

There are also divisions regarding the makeup of the judicial appointments committee, with right-wing lawmakers demanding they retain a majority on the committee.

MK Ayelet Shaked (Yamina) is demanding that the Negev and Galilee Development Ministry portfolio be merged with the Interior Ministry, but Yisrael Beytenu is currently opposed to the move.

MK Yair Lapid (Yesh Atid) has expressed hopes that he will be able to notify President Reuven Rivlin that a coalition has been secured for a new government.

Lapid’s mandate to form a government is set to expire at midnight this Wednesday.