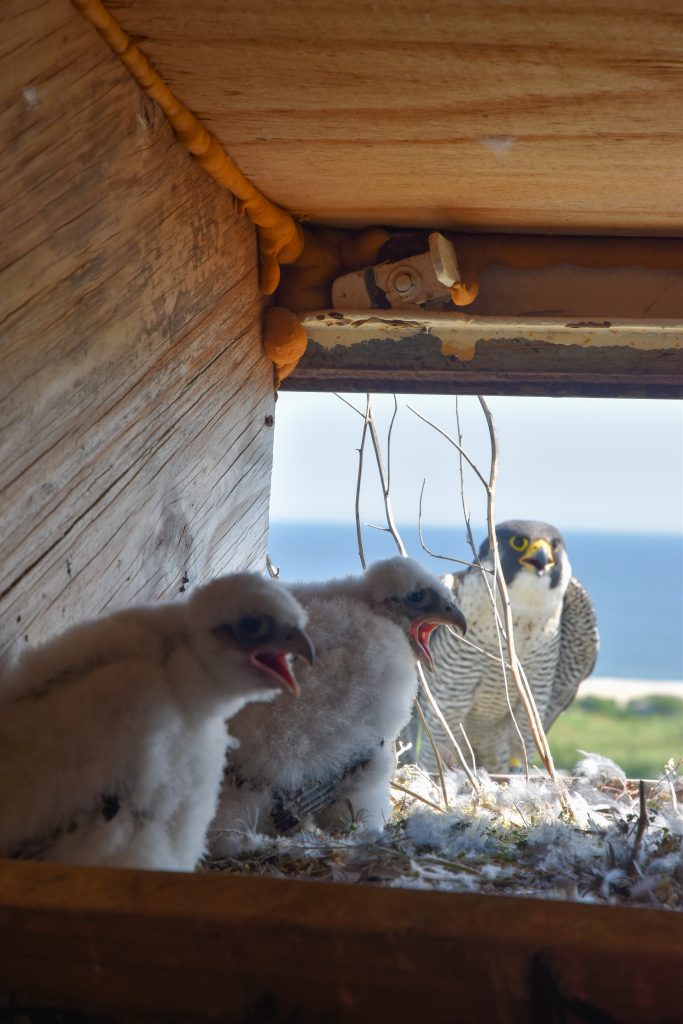 A pair of rare peregrine falcon chicks hatched earlier this month in a nest atop the Marine Parkway-Gil Hodges Memorial Bridge that connects southern Brooklyn to the Rockaways in Queens, officials announced Sunday.

The newborn birds were found in one of the nesting boxes the Metropolitan Transportation Authority has since the 1980s used to help endangered bird species.

The 215-foot Rockaway tower where the box sits is meant to attract falcons and other birds of prey, which prefer high areas with clear visibility in order to hunt.

The baby birds were discovered on May 20 when they were about 3 weeks old, officials said. There are other unhatched falcon eggs in nests atop the Verrazzano and Throgs Neck bridges.