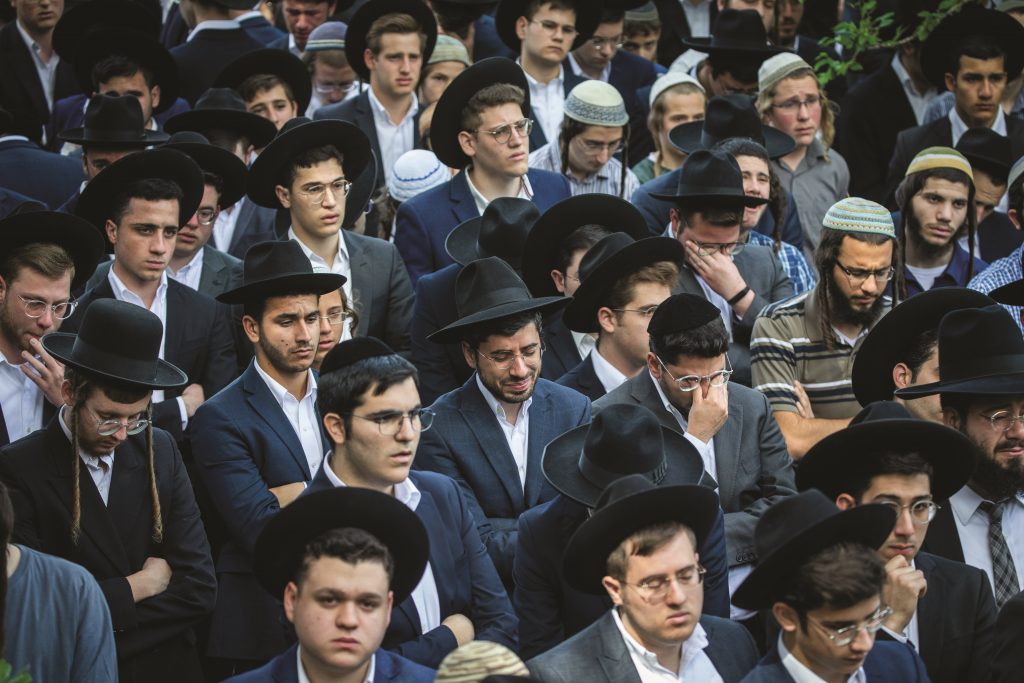 Klal Yisrael was again challenged with a tragedy beyond comprehension. On Thursday night, we all suffered a massive blow. People, young and old, from all stripes of Klal Yisrael, flocked to the me’arah in Meron, the resting place of Rabi Shimon Bar Yochai for one purpose — to share the tremendous joy of his hilulah, the day that he bestowed on us a spiritual treasure, so unique and special. His Zohar, in the midst of our galus, in times of hester panim, opened the gates to the world of the esoteric, the recognition of a reality that stretches beyond what the bare eyes can see and what the mind can comprehend.

That his merit and the good intentions of the people there did not prevent this heartbreaking disaster has no logical explanation. In fact, we are not even trying to figure it out, because, truth be told, this is precisely the modus operandi of the times we live in.

Chazal teach us that Torah is elucidated through 13 principles — middos. The first is kal vachomer — a logical premise that, if a lenient case has a stringency, then the same stringency should be applied in a stricter case.

The second of these rules is gezeirah shavah, that in specific cases handed down in our mesorah, aspects of two different laws shed light on each other. This rule has no logical explanation; it is above and beyond our ability to comprehend — and therefore not meant to be fathomable to the human mind.

Torah is not a simple set of laws; through teaching us how to conduct our lives, it reflects how Hashem implements His plan for creation. As such, Torah touches the secret of creation, sometimes in ways that are beyond human comprehension.

Thus, the hanhagos of the Ribbono shel Olam in how He runs the world are based on these 13 principles.

There were eras in our history that gave us a glimpse into the ways in which Hakadosh Baruch Hu deals with world, similar to a kal vachomer — in a form that mankind can understand. For this, He bestowed on us the Beis HaMikdash and gave us Neviim who communicated His will to us.

Then, with the destruction of the Beis HaMikdash, Hashem changed the protocol. An essential element of galus is that His presence is hidden and His conduct is cryptic. It is the principle of gezeirah shavah.

This incomprehensible event is in fact recognized as what it was: part of the gezeirah shavah process, the larger hanhagah of galus.

In the summer of 5763/2003, an Arab terrorist blew up a bomb on a No. 2 bus in Yerushalayim. Among the 23 kedoshim, Hy”d, was a close relative of mine. When the bereaved father rose to speak at the levayah, he spoke about accepting the gezeirah, about the need for teshuvah … but tellingly, made no mention of the terrorists involved. For, when tragedy happens, it was not because of a certain set of circumstances — but through those circumstances. The because is what Shamayim determined to happen.

When I traveled to Eretz Yisrael to be menachem the grieving family, I visited one of the Gedolei Hador, and mentioned to him that, in addition to the tragedy that had occurred, another member of that immediate family was in need of a great yeshuah.

The Gadol gave me an incredibly powerful reply — without uttering a word, he taught me a profound lesson. For, when I looked into his eyes, I saw such anguish, so much pain and empathy, the depth of which words would not have been able to express. Words would have just diminished this effect.

He didn’t know the victim, nor his family. But his ahavas Yisrael and the powerful inner force that unites all of us created this immediate compassion.

At the time, I took this lesson for ahavas Yisrael and Am Yisrael Echad very much to heart, but to my chagrin, as time passed on, all of it turned into merely a cherished memory…

Until this happened. Those feelings came back, the pain, anguish, and then — the comfort of empathy, the reality of Am Yisrael Echad, the beauty of it.

Hamakom yenachem — May Hashem comfort — the parents, wives, children, siblings … and all of us as well.

We pray for a return of the kal vachomer, of the middah tovah merubah, when the good shines and the evil disappears.