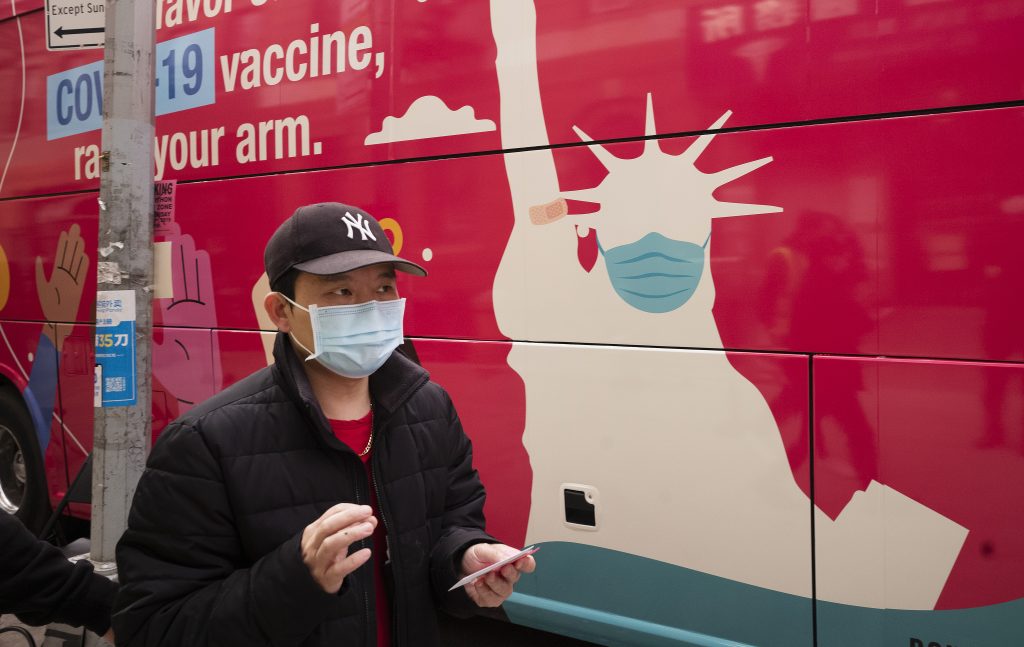 See the sights — and get a shot.

The city needs state approval to vaccinate visitors and hopes to get an OK as soon as this weekend. The state Health Department didn’t immediately comment on the proposal.

De Blasio called it “a positive message to tourists: ‘Come here. It’s safe, it’s a great place to be and we’re going to take care of you.'”

“It’s a show of goodwill. It’s a welcome,” but not a requirement, the Democratic mayor said. He said the city has no plans to track tourists’ vaccination status.

Besides Times Square, the vans would appear in such places as Central Park, Brooklyn Bridge Park and the High Line elevated park, de Blasio said. Visitors would get the one-dose Johnson & Johnson vaccine, so they wouldn’t have to follow up with a second shot.

Although many visitors might leave New York before the vaccine’s full protection kicks in, de Blasio argued that “the more people get vaccinated, the better” for the city and world.

Under another plan announced Thursday, tourists and New Yorkers alike could see some new artwork and performances in public spaces.

De Blasio said the city would spend $25 million to hire over 1,500 artists and performers for an “Artists Corps” that would create murals, pop-up shows and other works.