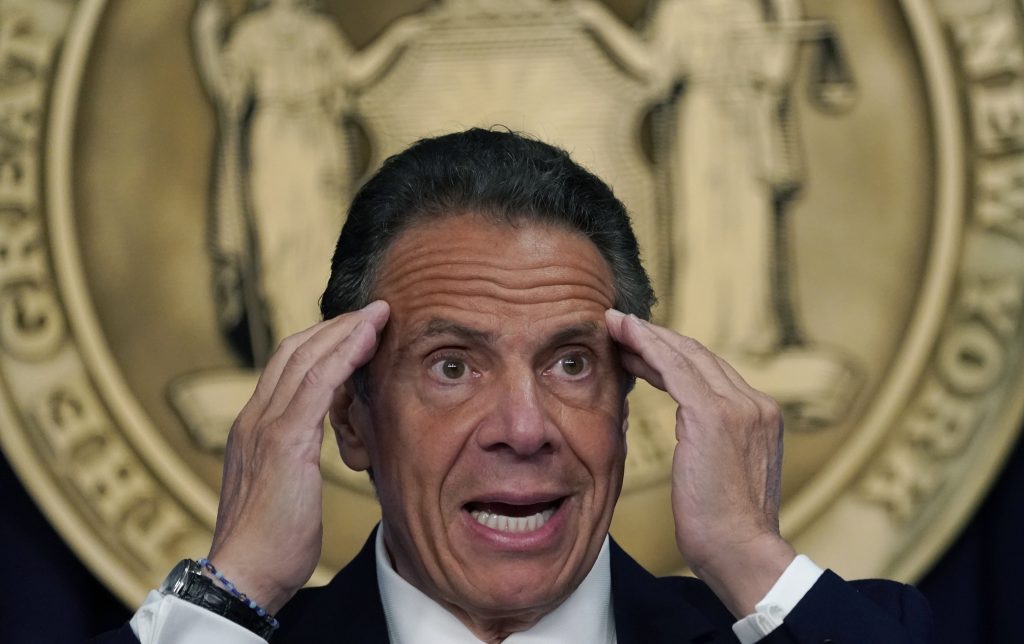 Democratic Gov. Andrew Cuomo and his staff heard the complaints: Reporters covering the governor wanted to be able to press the state’s chief executive in person, to ask follow-ups, to do their jobs. The remote Zoom and call-in sessions – complete with a mute function that limited follow-ups and enabled aides to select questioners – weren’t cutting it.

So Cuomo last week held three sessions at which reporters were able to confront him. The Albany-based news corps, however, had another problem: Could they make it to the events in time?

Late-breaking advisories notwithstanding, two Albany-based reporters managed to get to Syracuse on Monday in time to press the governor – and there’s no 300-mile-per-hour maglev link between the two cities. Jesse McKinley, the New York Times’s Albany bureau chief, pursued a response from Cuomo on all the harassment allegations. “No, no . . . to put it very simply: No,” said Cuomo, denying the claims against him. Referring to a pending investigation, he said, “The report can’t say anything different because I didn’t do anything wrong.”

According to three sources, the practice of doing announcements in far-flung parts of the state and giving Albany reporters insufficient time to arrive isn’t new. “It’s not unusual for them to do that – where they avoid Albany-based reporters,” says Joe Mahoney, state reporter for CNHI, formerly Community Newspaper Holdings Inc. “It has also been common for them to tell TV stations the night before that he’s going to be in their market area so they can make their plans.”

Statewide journalistic whisper networks can thus can be activated. We asked one reporter how they could get around the short-window press advisory problem. “Sourcing,” replied the journalist. “You cover the state and this place long enough, you start to work around the stuff you can’t change.” Upshot: Albany reporters sometimes need to engage in a bit of peer-networking just to get to news conferences.

Asked to comment on road-trip times, Cuomo spokesman Richard Azzopardi responded, “We’re going to leave the palace intrigue to others.”

As of Monday morning, Cuomo was face-to-face with the media in New York City, and a reporter thanked Cuomo for resuming in-person events. “We are reopening,” said Cuomo.