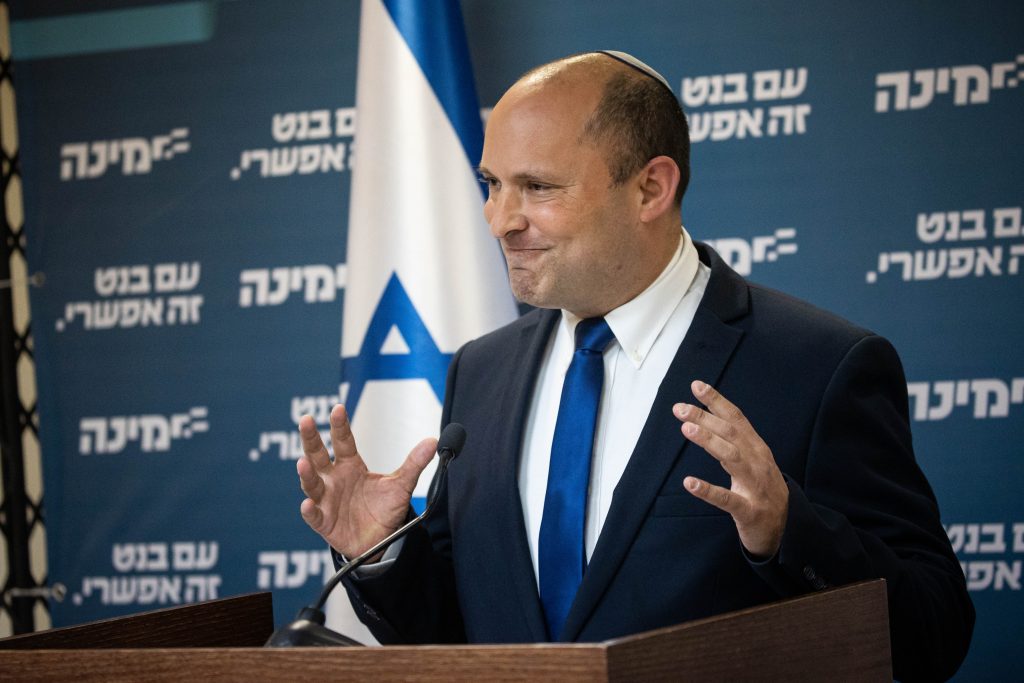 Efforts to form a unity government to replace the Likud-led coalition intensified on Thursday.

Negotiating teams from the Yesh Atid, Yamina and New Hope parties held an hours-long meeting aimed at resolving differences over ministerial portfolios and various political issues in order to remove Prime Minister Binyamin Netanyahu from power. Netanyahu has only five days left to his mandate and it appears unlikely that he will be able to get the needed 61-MKs.

Tayibe Mayor Sha’a Mansour Massarwa, an associate of Abbas, told Channel 12 news to expect a significant development on Motzei Shabbos in the “change bloc” of anti-Netanyahu parties’ efforts to form a government.

Meanwhile, Blue and White party leader Benny Gantz denied a report by Walla that he was negotiating with Netanyahu for a return to their partnership, despite promises not to do so. On Wednesday night, Gantz in an interview would not explicitly rule out a rotating premiership with him going first.

According to the report, Gantz proposed that his 8-MK party would share power equally with the Netanyahu-led bloc’s 52, which the latter rejected.

Blue and White sources denounced the report as an “outright lie” and said that there were “no negotiations with Likud.” They said that Netanyahu has indeed made offers, “but Benny didn’t ask him for anything and didn’t present any conditions.”