Israel Hamas Threatens: Israel Will Pay a Price If Elections Are Postponed
Israel 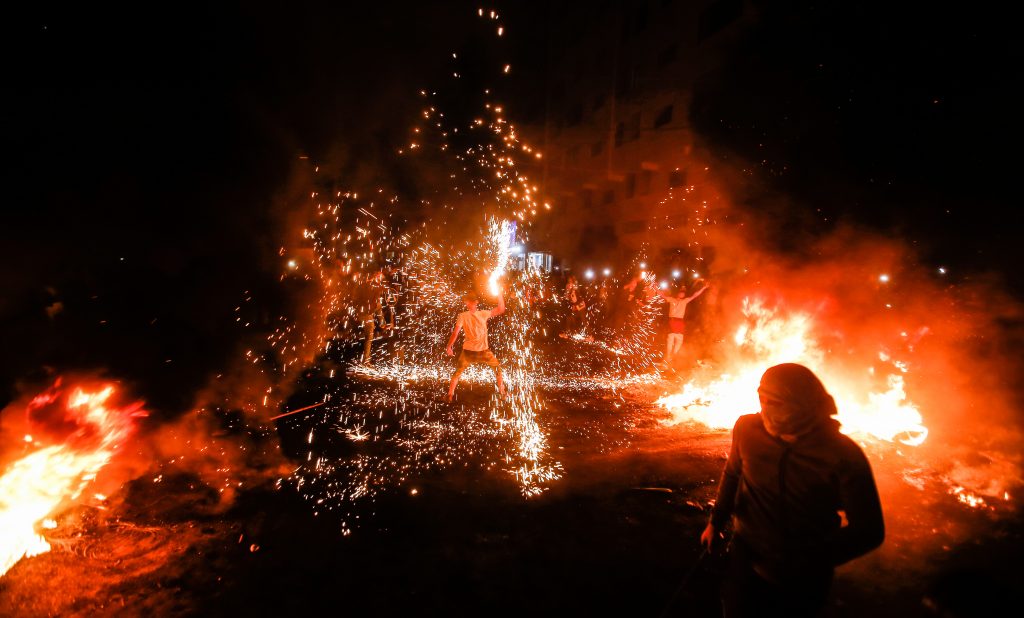 Amid the tensions in Eastern Yerushalayim and the concerns over an escalation on the Gaza border, the Palestinian leadership will convene on Thursday in Ramallah to receive Palestinian Authority Chairman Mahmoud Abbas’ decision on whether to hold or postpone the parliamentary elections planned for May 22.

Across the board, both in Hamas and Fatah, Palestinian leaders appear to be in agreement that Abbas has decided to postpone the elections and will officially pin the blame on Israel for not allowing the Arab residents of Eastern Yerushalayim to participate in the vote. With that, the overriding belief in Israel is that Abbas’ true motivation for postponing the elections is his fear that Hamas will win. Indeed, all polls and political assessments indicate that Hamas will trounce Fatah, which has split into three separate lists.

PA Minister for Civil Affairs Hussein al-Sheikh returned from Doha, the capital of Qatar, where he was sent by Abbas to meet with senior Qatari officials to discuss the possibility of Hamas agreeing to postpone the elections.

According to senior officials in Gaza and Ramallah, senior Fatah member Jibril Rajoub and Saleh al-Arouri, the deputy leader of Hamas’ political wing, have spoken at length in recent days in an effort to reach an agreement to allow the elections to be held. Senior officials in Gaza said Rajoub is furious at Abbas’ advisers, who he says are pushing Abbas to issue a decree to cancel the elections, while Rajoub personally promised Hamas that the elections would not be canceled.

“We prefer that the decision on delaying the elections planned for May 22 be made with the consent of all the factions,” a senior official in Abbas’s bureau in Ramallah told Yisrael Hayom. “If there’s no other choice and Hamas will insist on holding the elections on their scheduled date, then a presidential decree will be issued ordering their postponement to a later date,” he said.

Israeli security forces, meanwhile, were bracing for Abbas’ decision. Israeli officials are not discounting the possibility that canceling the elections will lead to rocket fire from Gaza and perhaps even the renewal of Gaza border riots. Additionally, officials were also preparing for the possibility of violence in Yehudah and Shomron and the return of lone-wolf attacks.

Other factors beyond the possible cancellation of the Palestinian elections could also spark an escalation in Yehudah, Shomron and Gaza. One of these factors was the police barriers installed at Shaar Shechem (Damascus Gate) in the Old City of Yerushalayim. Although the barriers have already been removed, tensions are still running high around the issue, which Hamas used as an excuse to fire rockets into Israel last weekend. We are also in the midst of the Muslim month of Ramadan, which has seen security unrest before. Added to this is the coronavirus pandemic raging in Gaza and claiming many lives, and this is a complete recipe for disaster.