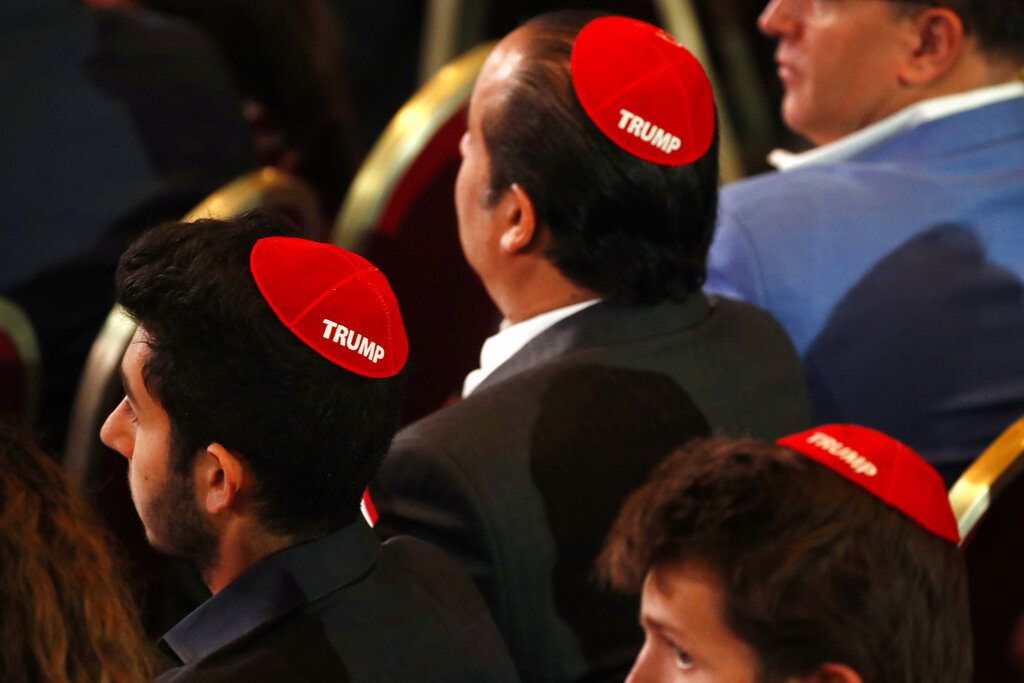 Virginia Republican Party leaders, with a nudge from the national GOP chief, reversed a decision that would have prevented Orthodox Jews and others with Saturday religious obligations from voting in the party’s nominating contest for governor and two other statewide offices.

Virginia Republicans will pick their nominees for governor, lieutenant governor and attorney general at a convention on Saturday, May 8.

Last week, the governing body for the Republican Party of Virginia rejected a plea from four rabbis to allow those with Saturday religious obligations to cast an absentee ballot instead, an option it offers active-duty military personnel.

A majority of the State Central Committee voted to accommodate Orthodox Jews and other religious groups, but it failed because it did not meet the 75% supermajority threshold.

But the State Central Committee reconsidered the matter, and voted a second time, this time unanimously voting for the absentee option immediately after Republican National Committee Chairwoman Ronna McDaniel encouraged them to do so Sunday night in a closed-door meeting.

McDaniel reached out to state party Chairman Rich Anderson over the weekend following news reports about last week’s decision, telling him the issue was important to the national party, Anderson said.

After lobbying over the weekend by rabbis, some committee members were already primed to reconsider the vote. But McDaniel, who joined a virtual executive session meeting, sealed the deal, Anderson said.

“The overall tenor of her message was, ‘We speak quite often as a party of religious freedoms and inclusivity, and I want you to honor that principle,’ which they were already en route to do,” Anderson said Monday. “They had already started the journey to the outcome … But she put the pretty bow on top.”

“It’s embarrassing she had to step in,” said one of the members, who spoke on the condition of anonymity to discuss a private meeting.

After meeting privately, the committee voted to reverse itself in a public session streamed online. There was no public discussion. The reversal pleased advocates for a few dozen Jews and Seventh-day Adventists who’d signed up to vote at the convention.

Rabbi Dovid Asher of Congregation Keneseth Beth Israel in Richmond, Virginia, was one of the lobbying rabbis. In a statement to Hamodia, he said, “The decision by the Virginia GOP to allow Sabbath observers of the seventh day, to participate in choosing the candidates at the convention was a very important step for the Virginia Jewish community. Torah has been growing in Virginia. And this is the first time for the Virginia Republican Party to have received such a request. Initially, they thought it was a political maneuver, and not a sincere maneuver. As the Torah community grows across the country, more and more people will seek to express their political views through the voting in larger numbers. The Torah community will have to continue to advocate in all political parties for religious freedoms and take a more significant leadership role, across the spectrum. We look forward to more occasions to explain our mesorah to our friends and neighbors.”

In an interview with Hamodia, Ken Reid, an observant Jew who has been involved with the Virginia GOP for eighteen years , said he believed the situation was a “big misunderstanding” rather than malicious. “Unfortunately, lots of people don’t understand you can’t drive a car or use a pen on Shabbos,” he said.

This was not the first time a political event had been scheduled on Shabbos, and he noted that Democrats and Republicans alike had done this without regard to the needs of Shabbos-observant Jews.

Reid, who is the 2nd Vice-Chair of the Republican Party of Norfolk, said that Republicans in the state would be foolish to neglect the Orthodox community, which he believes is mostly conservative. The Virginia GOP is “losing left and right,” he note, as the state leans increasingly blue. “If they don’t look to other populations to build the party, they’re in trouble … this is a group of people not being engaged.”

Reid issued a joint statement with Ian Cummings, the 1st Vice-Chair of the Republican Party of Norfolk, who is also an Orthodox Jew, thanking the committee for their decision.

“A number of SCC members in the minority were distrustful of this absentee amendment due to months of infighting among two factions in the governing body,” the statement said. “But over the weekend, many of these GOP leaders were able to hear from committed Sabbath-observing Republicans and came to understand that these fears were misplaced.”

The statement also thanked McDaniel for her involvement.

Voters with religious obligations will be allowed to cast absentee ballots on Friday, May 7, from 3 p.m. to 6 p.m. They first have to fill out a form by May 4, notifying the state party that they plan to take advantage of that option.

Anderson said committee members who had initially opposed the accommodation were simply overwhelmed by the rabbis’ request, coming on top of the “thousands of moving parts” involved in staging a convention.

“It is a tough mouthful that they have bit off, and they’re having to chew right now,” he said. “So adding something else, it had a deterrent effect early – ‘Oh my gosh, how can we handle one more task?’ ”