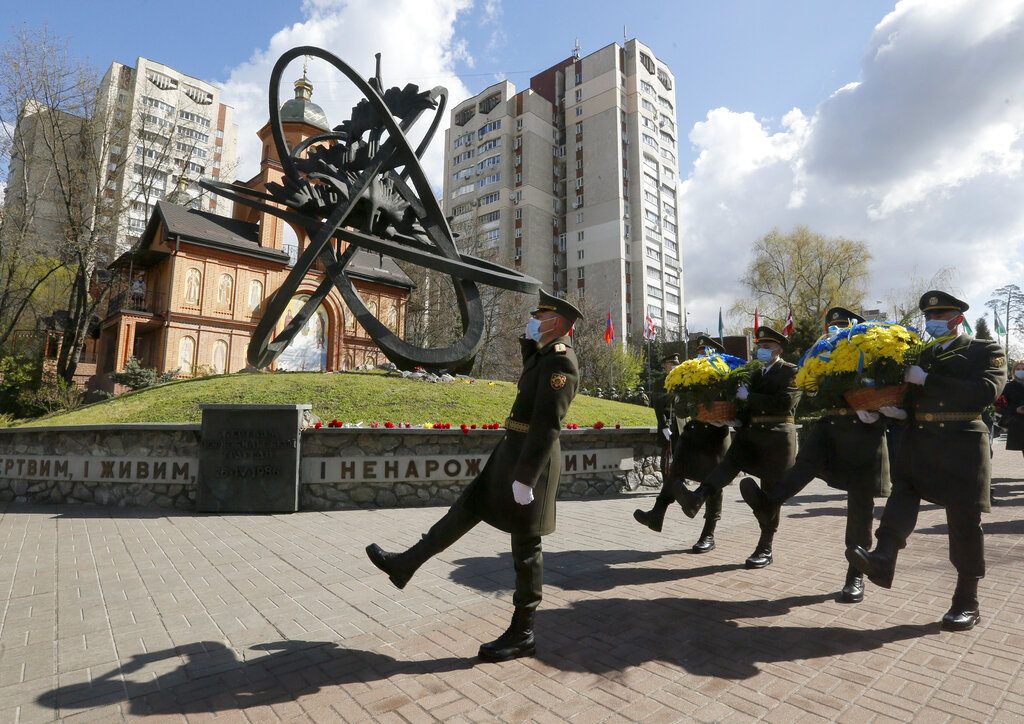 Ukraine’s president on Monday unveiled a new nuclear waste repository at Chernobyl, the site of the world’s worst nuclear disaster that unfolded exactly 35 years ago.

President Volodymyr Zelenskyy visited Chernobyl together with Rafael Mariano Grossi, director general of the International Atomic Energy Agency, and vowed to “transform the exclusion zone, as Chernobyl is referred to, into a revival zone.”

“Ukraine is not alone, it has wide support (from its) partners,” Zelenskyy said. “Today the new repository has been put into operation and it is very important that today a license to maintain the new repository will be obtained.”

The Ukrainian authorities decided to use the deserted exclusion zone around the Chernobyl power plant to build a place where Ukraine could store its nuclear waste for the next 100 years. The ex-Soviet nation currently has four nuclear power plants operating and has to transport its nuclear waste to Russia. The new repository will allow the government to save up $200 million a year.

Reactor No. 4 at the Chernobyl power plant 110 kilometers (65 miles) north of Ukraine’s capital Kyiv exploded and caught fire deep in the night on April 26, 1986, shattering the building and spewing radioactive material into the sky.

Soviet authorities made the catastrophe even worse by failing to tell the public what had happened — although the nearby plant workers’ town of Pripyat was evacuated the next day, the 2 million residents of Kyiv weren’t informed despite the fallout danger. The world learned of the disaster only after heightened radiation was detected in Sweden.

More than 600,000 people took part in fighting the consequences of the disaster, and 30 of them died on the first day.

Eventually, more than 100,000 people were evacuated from the vicinity and the 2,600-square-kilometer (1,000-square-mile) exclusion zone was established where the only activity was workers disposing of waste and tending to a hastily built sarcophagus covering the reactor.

Radiation continued to leak from the reactor building until 2019, when the entire building was covered by an enormous arch-shaped shelter.

On the 35th anniversary of the disaster on Monday, Ukrainian authorities declassified documents showing that serious accidents occurred at the power plant several times before April 26, 1986.

Ukraine’s Security Service revealed that the Soviet authorities issued a decree on July 8, 1986, classifying all details of the Chernobyl disaster, including the number of people getting sick. According to the agency, in October 1987 a French journalist tried to take soil and water samples abroad, but the KGB swapped his samples with clean ones.