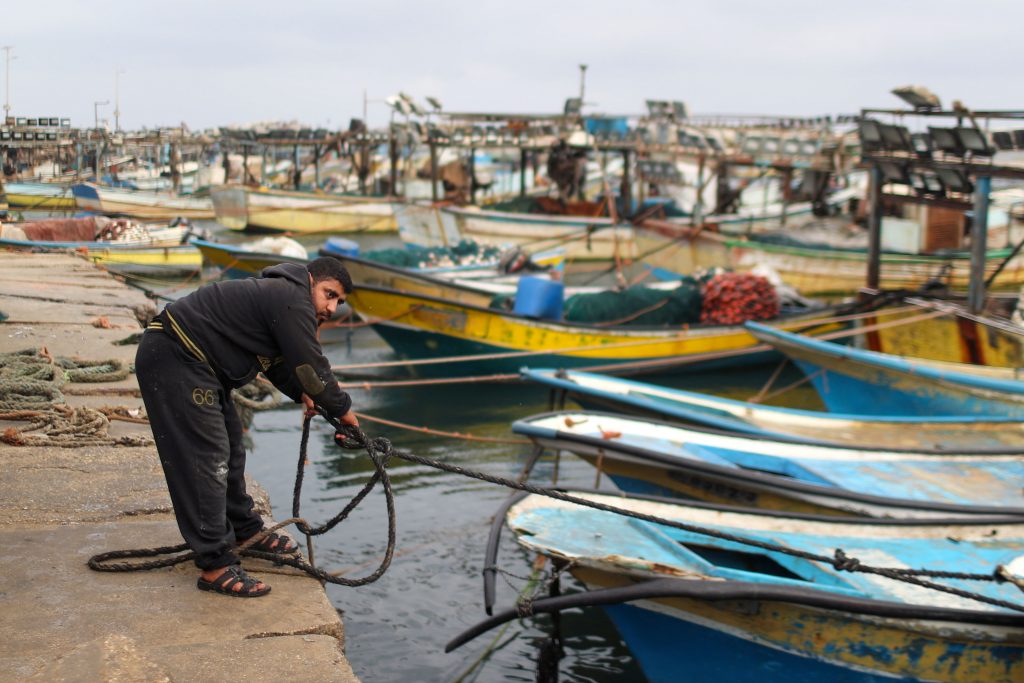 Israel announced on Monday that it has closed the fishing zone of the Gaza Strip coast in response to continued rocket fire, the latest of which saw three projectiles fired at Israeli communities in the Gaza region overnight Sunday.

Tensions on the southern border have escalated once again over the weekend, with the Hamas terror group firing over 40 rockets into communities in the south, prompting the IDF retaliation.

The latest attack took place at night between Sunday and Monday and saw Gaza militants fire three projectiles into Israel, triggering rocket alert sirens at Kibbutzim Gevim, Nir Am and Erez – all located near the border with Gaza.

The IDF Spokesperson’s Unit said two of the rockets were intercepted by the Iron Dome, while the third landed inside Gaza’s territory.

Four people were lightly hurt while running for bomb shelters, including a pregnant woman who was hospitalized for observation.

In response to the rocket launch, Coordinator of Government Activities in the Territories (COGAT) Maj.-Gen. Ghassan Alian ordered the fishing zone closed starting Monday morning and until further notice.

“Hamas bears responsibility for everything that is done in and out of the Gaza Strip and it will bear the consequences of the violence perpetrated against the citizens of Israel,” said COGAT in a statement.

Hamas for their part said the closure of the fishing zone could further escalate the tensions.

“The closure of the Gaza Strip coast to fishermen is a blatant violation of their rights and an ongoing aggression against our people. Israel’s aggressive policy toward the Palestinian people will not break its steadfast spirit or weaken its arm and limit its determination. We will not accept restrictions and pressure and Israel will bear the consequences of its aggressive behavior.”