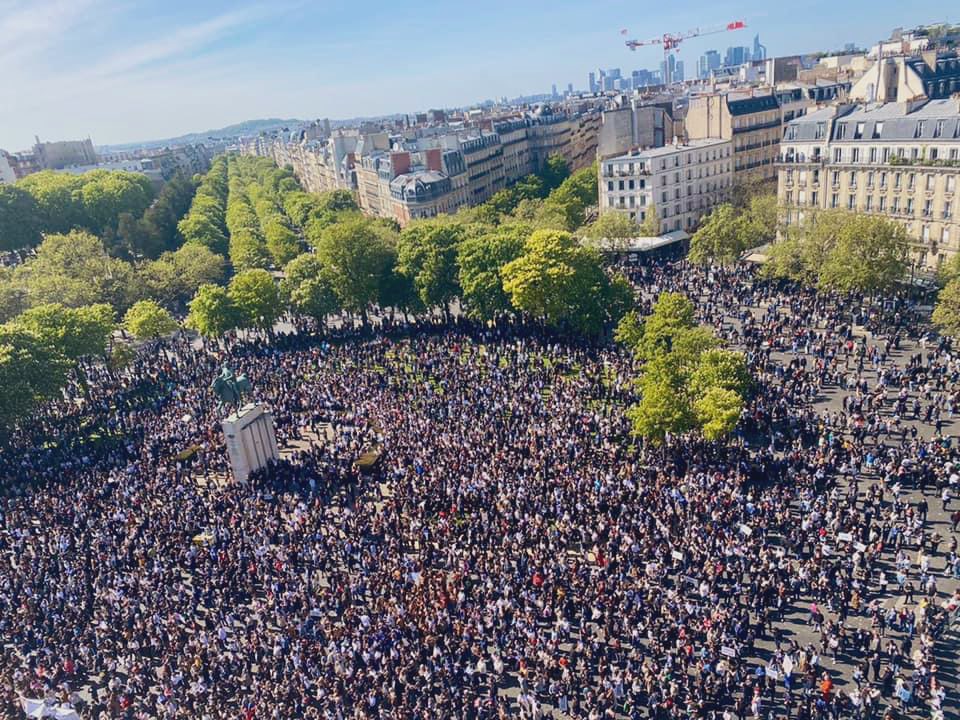 Protesters in Paris, other French cities and around the world on Sunday denounced a ruling by France’s highest court that the killer of Jewish woman Sarah Halimi was not criminally responsible and therefore could not go on trial.

Around 20,000 protestors filled Trocadero Plaza in Paris, in front of the Eiffel Tower, answering a call by Jewish associations and groups fighting anti-Semitism who say that justice has not been done. Other protests took place in French citiesi ncluding Marseille, Lyon, Strasbourg, Bordeaux, Metz, Montpellier, Nice and Toulouse, and elsewhere around the world, including at the French embassies in London and Tel Aviv. A protest was also held last week in front of the French Consulate in New York.

The announcement that the killer would not be sent to trial sparked outrage among the French and international Jewish community.

Halimi, a 65-year-old Jewish woman, died in 2017 after being pushed out of the window of her Paris apartment by her neighbor, Kobili Traoré, who allegedly shouted “All-ahu Akbar” (“G-d is great” in Arabic). Traoré admitted pushing her.

The ruling from the Court of Cassation, issued this month, said there was enough evidence to show the act had anti-Semitic motives. But the court said a person who committed a crime while in a “delirious state” cannot be sent to trial — even if that state was caused by the habitual use of illegal drugs. Traoré used to smoke heavy quantities of cannabis.

“According to unanimous opinions of different psychiatry experts, that man was presenting at the time of the facts a severe delirious state,” the court said.

Under French law, people cannot be held criminally responsible for actions committed while fully losing their judgment or self-control due to a psychiatric disorder. Traoré has been in a psychiatric hospital since Halimi’s death.

“I think they are like the French people — they’re angry and don’t understand at all,” he said.

“Here are people who trust France’s government, France’s justice system, and who are confronted with this totally unfair decision. The killer is recognized as a killer, is recognized as being anti-Semitic but he won’t be tried. It’s simply unacceptable and it’s very hard for these people to even grieve,” he said.

Ilaï Laymond, a 19-year-old law student protesting in Paris, said “as a Jew but also as a French citizen, this court ruling affects me profoundly because it’s inexplicable.”

“With this decision … we feel abandoned,” he said.

“Deciding to take narcotics and then ‘going mad’ should, not in my view, remove your criminal responsibility,” Macron told the Le Figaro newspaper. He also expressed his support for the victim’s family.

Justice Minister Eric Dupond-Moretti tweeted Sunday that he will present a bill in May to plug a legal vacuum in French law regarding the consequences of the voluntary use of drugs.