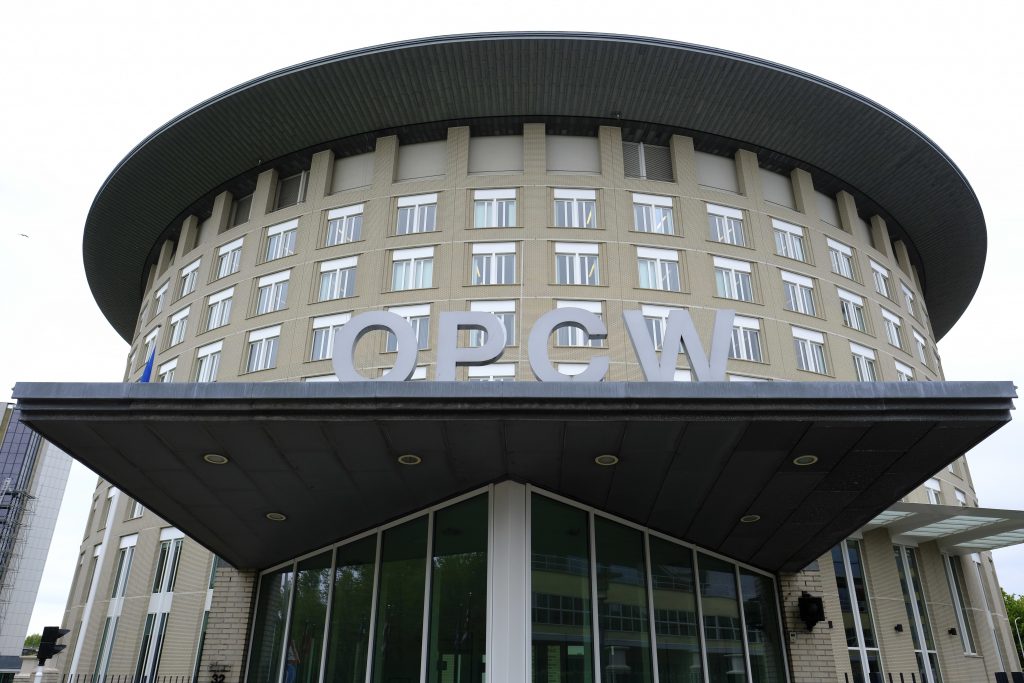 Syria on Wednesday was stripped of its voting rights by member states at the global chemical weapons watchdog after its forces were found to have repeatedly used poison gas during the civil war.

A majority of nations voting at the Organization for the Prohibition of Chemical Weapons (OPCW) supported a decision to immediately revoke Syria‘s privileges at the agency.

The proposal was initiated by 46 out of 193 member countries on the OPCW’s governing Conference of States Parties, including Britain, France and the United States. It passed by 87 votes in favor to 15 against, meeting the required two-thirds majority of votes. There were 34 abstentions out of 136 countries taking part.

Iran, Russia and Syria were among those to vote against.

Although largely symbolic, the move sends a political signal to Syria that breaches of the 1997 Chemical Weapons Convention, which prohibits all use of chemicals on the battlefield, will not be accepted.

It gave “a clear no against continued use and possession of chemical weapons,” the representative of the Netherlands at the OPCW posted.

Repeated investigations by the United Nations and the OPCW’s special Investigation and Identification Team (IIT) concluded that Syrian government forces used the nerve agent sarin and chlorine barrel bombs in attacks between 2015 and 2018 that investigators said killed or injured thousands.

Syria and its military ally Russia have repeatedly denied using chemical weapons during the war, which has turned the once-technical agency into a flashpoint between rival political forces and deadlocked the U.N. Security Council.