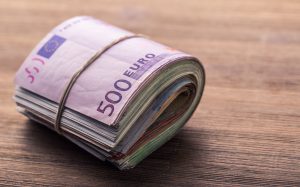 Israel is prepared to tap international markets for a benchmark-sized sovereign debt offering in 2021 with the timing and size still to be determined and dependent on market conditions, the country’s accountant general said.

The issue will most likely be euro-denominated after large dollar-denominated offerings in 2020. Israel typically alternates between dollar and euro every year, and the bonds typically attract a huge number of foreign investors, thanks to the country’s relatively strong economy.

“We do both dollar and euro but right now the euro market is more attractive,” Accountant General Yali Rothenberg said in response to a question from Reuters on bond issues.

There will, however, be fewer issues this year than in 2020, when the government had to issue a record amount of bonds to fund its pandemic stimulus plan, he said.

In January 2020, prior to the coronavirus outbreak, Israel raised $3 billion in foreign debt in a sale of 10- and 30-year bonds that attracted demand of some $20 billion from investors.

Three months later it sold $1 billion of 100-year bonds, or “century bonds,” in international markets as part of a record $5 billion fund-raising to help cope with the health crisis.

Including a 40-year “Formosa” issue in Taiwan for $5 billion and private placements of 5.6 billion euros ($6.7 billion), Israel in 2020 raised more than NIS 74 billion ($23 billion) in international markets last year, a level Rothenberg called “enormous” and not typical.

“It’s not going to be the numbers that we saw in 2020, because we are back to a more sustainable kind of issuance regime,” he said. “We’ll do benchmark sizes, probably this year, and we’re considering the timing.”

He said Israel has already chosen bankers but they have not been disclosed.

“Whenever we decide, we can do this in a day and a half,” he said. “It always depends on the market environment because the bread and butter is local issuances. So, we can afford to be boutique and choose the right timing.”

Standard & Poor’s rates Israel’s sovereign debt at “AA-.” Moody’s Investors Service rates Israel at “A1” and Fitch Ratings at “A+.”

Israel spent more than 100 billion shekels in 2020 to cope with the pandemic, resulting in a ratio of debt to gross domestic product of 72.4%, up from 60% in 2019 but well below the average of developed countries of 125%.