Regional Yang ‘Firmly in the Lead’ According to New Poll
Regional 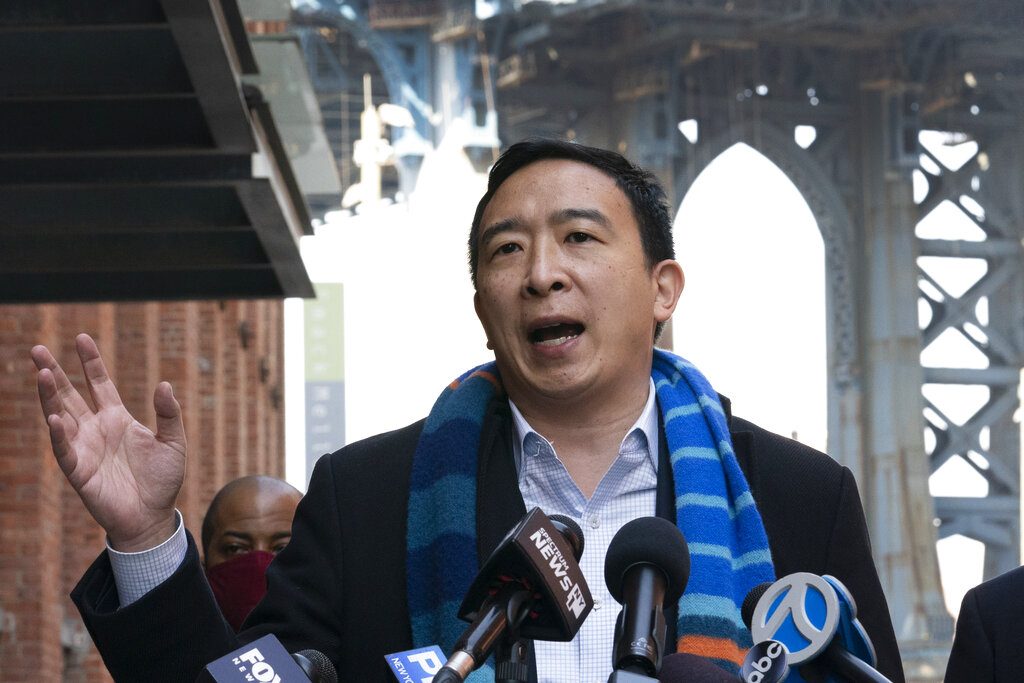 Andrew Yang is the undisputed frontrunner in New York City’s mayoral race, and the most extensive poll of Democratic voters yet confirms time is ticking for other candidates to dent the entrepreneur’s meteoric rise.

The Spectrum News NY1/Ipsos poll shows Yang “firmly in the lead,” NY1 noted. Yang captured 22% of the vote, with a comfortable lead on his closest competitor, Brooklyn Borough President Eric Adams, who came in a distant second at 13%.

City Comptroller Scott Stringer came in third with 11%, and former attorney for the Bill de Blasio administration Maya Wiley came in fourth at 7%.

All other candidates, including former Citi executive Ray McGuire and former Sanitation Commissioner Kathryn Garcia, are in the low single digits.

However, 26% of voters admitted they were undecided, a hopeful sign that lagging candidates may still have time, if they have the resources, to launch an aggressive campaign to promote themselves and knock Yang from his place in the head of the pack.

Many of the candidates have millions ready, so New Yorkers should brace for a bombardment of ads. Advertising may be the key to finally denting Yang’s lead, as much of his strength lies on his voter recognition and pre-existing following from his brief presidential run.

77% of voters said they were familiar with Yang, while 63% said the same for Scott Stringer, and 53% with Adams. Beyond that, most candidates are recognizable to roughly a third or less of respondents.

Stringer’s campaign saw a boost when voters were asked who their second choice would be under the city’s new ranked-voting system: He led with 14%, though Yang was right behind him at 13%.

Yang and to a lesser extent Adams’s success reflect that, for all their high-profile affiliates and legislative goals, progressive and left-leaning Democrats are outnumbered in New York City. 59% of respondents considered themselves moderate, center of the road Democrats, 18% identified as conservative Democrats, and only 22% identified as left-wing Democrats. Yang and Adams have both positioned themselves as moderates.