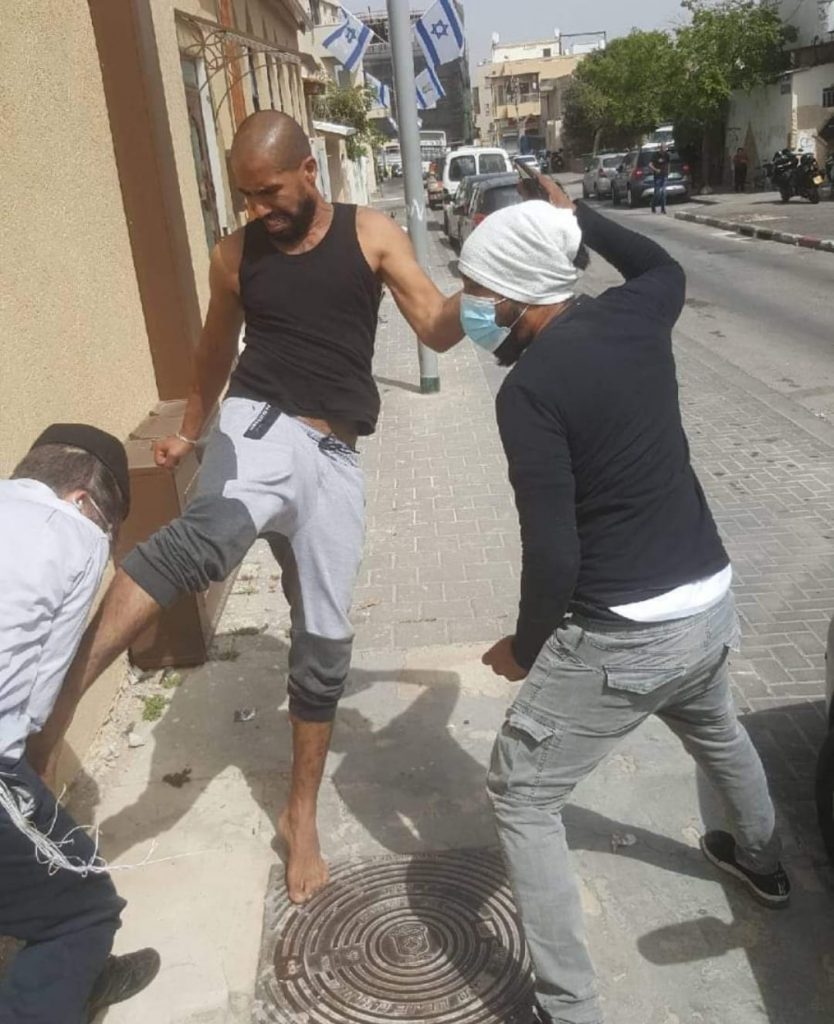 Netanyahu thanked the police for the speedy arrest of two men suspected of having carried out the assault and said that he expects they will be prosecuted to the fullest extent of the law.

In the wake of the incident, on Sunday night, two groups of dozens of Jewish and Arab demonstrators confronted each other in Jaffa with police keeping them apart. Mounted officers were brought in and the adjacent streets were cordoned off, Ynet reported.

The Arabs shouted, among other things, “Settlers go home!” The Jews chanted Am Yisrael Chai!”

When rock-throwing and setting alight of garbage cans began, police arrested a number of Arab rioters.

Rav Yovel Sherlow, a well-known figure in the national-religious community in Jaffa, declared, “It’s intolerable that the residents of Jaffa should feel unsafe in the streets…under a cloud of fear, because all of us are fit to live here.”

Earlier in the day, police arrested two suspects who were photographed assaulting Rabbi Eliyahu Mali, who heads a hesder yeshivah in Jaffa.

According to Channel 12, Rabbi Mali and a colleague, Moshe Shendowitz, were looking at renting a building in the city for their yeshivah when a group of Arab residents approached them and ordered them to leave the area.

When they refused and began filming the incident, the suspects began beating Rabbi Mali and Shendowitz.

Shendowitz was injured in the attack, and was hospitalized afterwards.

Rabbi Mali did not require hospitalization for his injuries.

He filed a police complaint shortly after the assault.

About an hour after the complaint was filed, police managed to locate and apprehend two Arab suspects. They have been identified as residents of Jaffa in their 30s.