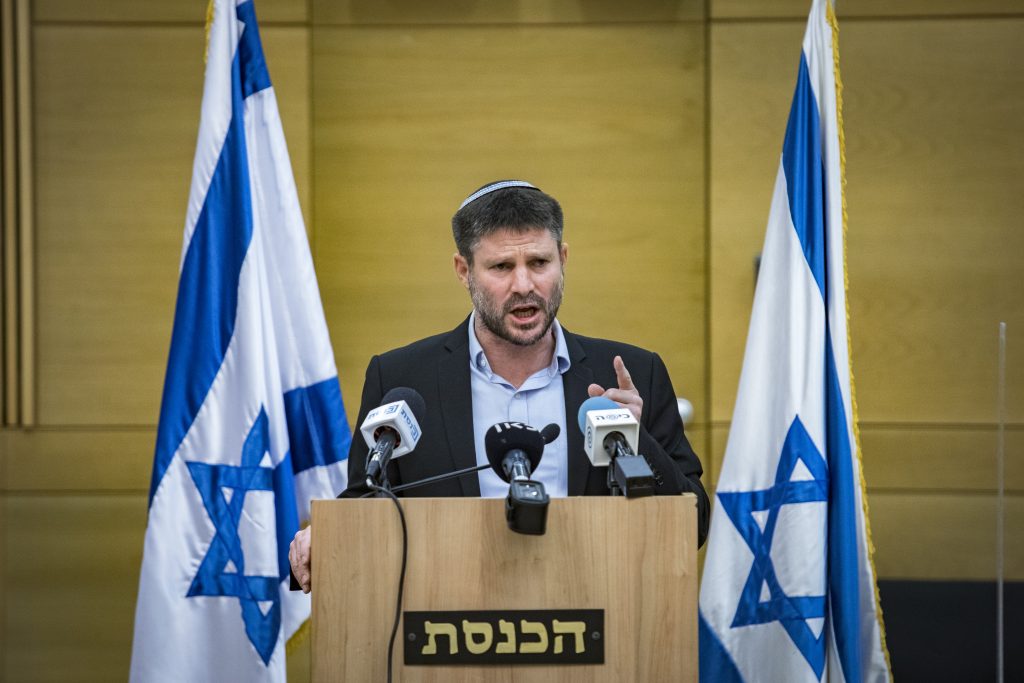 The chairman of the Religious Zionist party, MK Betzalel Smutrich, said Sunday morning that he continues to oppose the formation of a Netanyahu-led government with the support of Ra’am, and that he prefers to go to the fifth election or even allow the anti-Netanyahu bloc to form a government, which he believes will disband within a few months.

Shimon Riklin, the political commentator for Channel 20 News, posted his opinion regarding the addition of Ra’am leader Mansour Abbas to support from the outside a Netanyahu-led government, “I did not say [Mansour] was Sadat. I said that Sadat also supported the Nazis initially, and in the end he changed. I think big things are happening in Arab society.

“You can be right and get rid of him or you can try to listen to him and be smart. Here we have a chance to split the Arabs and weaken the Left. You can form a government with their abstinence. Just remember what the other alternative is,” he wrote to Smotrich.

“And you know what,” added Smotrich, “even this weird combination that in my opinion will not happen, and even if it does, it will only last a few months and then collapse, and then the right will return stronger and better. This is far better than [accepting Ra’am and] the destruction of the right.

“This is a process. First the right gives legitimacy to terrorist supporters and turns them into kingmakers and raises their power, then the left does it immediately afterwards, seizes power with the supporters of terrorism, and destroys the Jewish State. I refuse to allow this,” he added.

On Motzoei Shabbos, Yesh Atid leader Yair Lapid met with Blue and White’s Benny Gantz as he hopes to unseat Netanyahu. Lapid is expected to hold a press conference Sunday evening on his efforts to cobble up a coalition.

On Friday, Yisrael Hayom published Ra’am’s coalition demands – a list that was mostly focused on the needs of the Israeli Arab community, including more policing and education funds.

The list did not include any jabs at the controversial law proclaiming Israel’s status as a Jewish State.