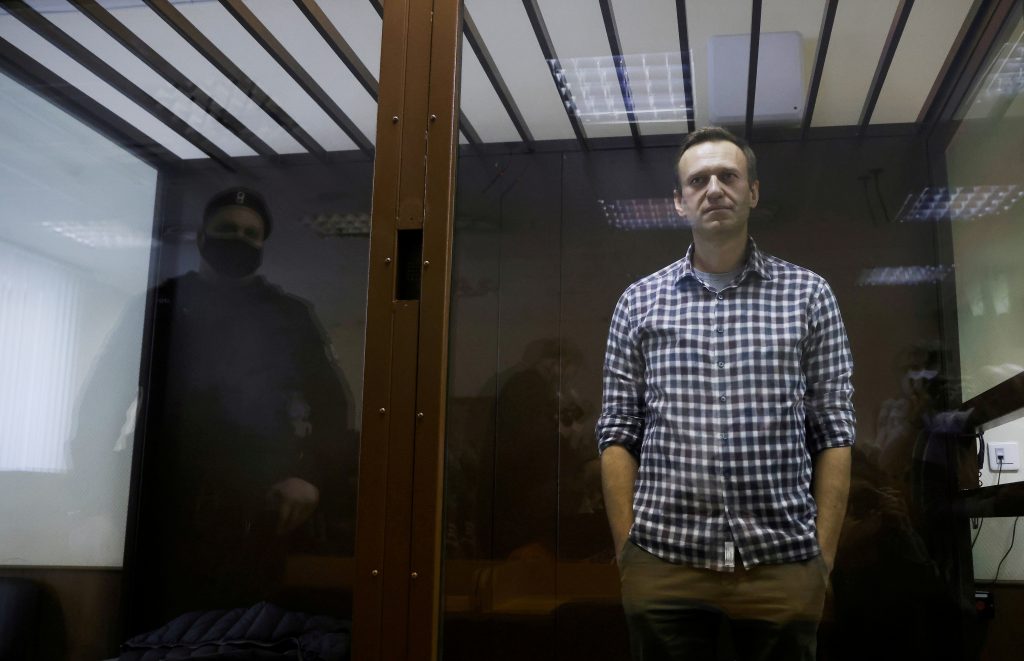 The daughter of hunger-striking Kremlin critic Alexei Navalny called on Russian authorities on Sunday to allow a doctor to treat her father in prison, a day after a group of medical professionals warned he is at risk of kidney failure.

Navalny, a fierce opponent of Russian President Vladimir Putin, started refusing food on March 31 in protest at what he said was the refusal of prison authorities to provide him with proper medical care for acute back and leg pain.

Prison authorities say they have offered Navalny proper medical care but that the 44-year-old opposition politician has refused it and insisted on being treated by a doctor of his choice from outside the facility, a request they have declined.

“Allow a doctor to see my dad,” Navalny’s daughter Dasha, a student at Stanford University, wrote on social media.

A medical trade union with ties to Navalny said on Saturday he was in critical condition, citing medical tests that it said showed that Navalny’s kidneys could soon fail, which could lead to cardiac arrest.

A group of actors, writers, historians, journalists and directors, including Jude Law and J.K. Rowling, wrote an open letter to President Vladimir Putin on Friday urging him to ensure Navalny gets medical care.

A group of opposition regional lawmakers also called on Putin on Saturday to make sure Navalny is properly treated.

Navalny has said prison authorities are threatening to put him in a straitjacket to force-feed him unless he abandons his hunger strike.

Russia jailed Navalny for 2-1/2 years in February for parole violations he said were fabricated. He was arrested in January when he returned to Russia from Germany, where he had been recovering from a nerve agent poisoning attack he blamed on Putin.

The Kremlin has said it has seen no evidence he was poisoned and has cast Navalny as a U.S.-backed subversive on a mission to destabilize Russia.