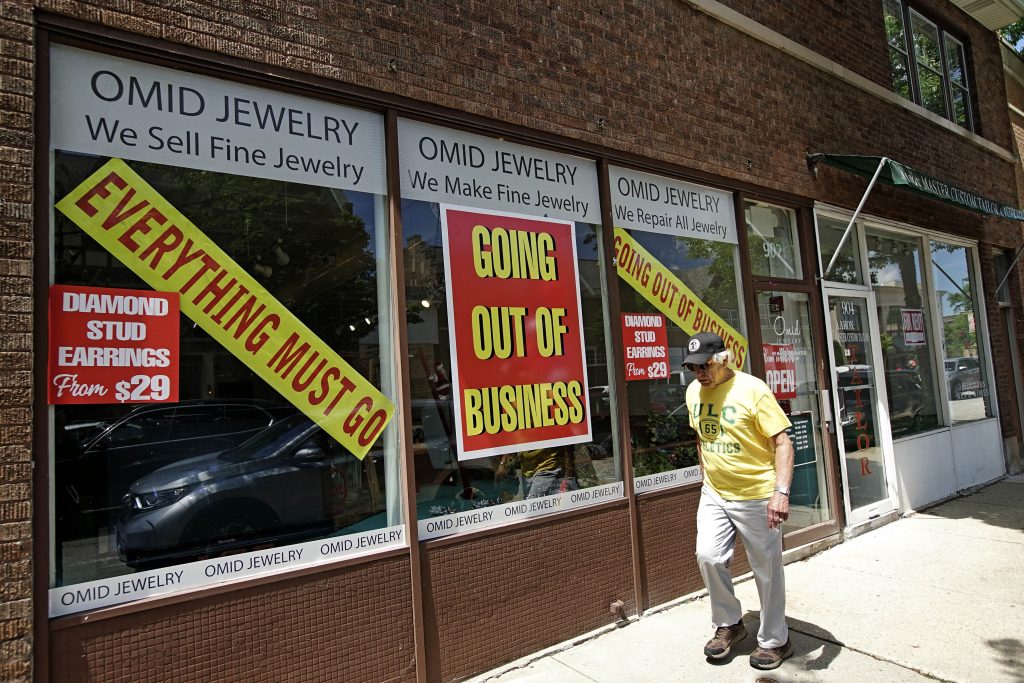 At the same time, temperatures have warmed up and the public health situation has been rapidly improving, allowing more restaurants to offer dining services.

Excluding automobiles, gasoline, building materials and food services, retail sales rose 6.9% last month after a revised 3.4% decrease in February. These so-called core retail sales correspond most closely with the consumer spending component of gross domestic product. They were previously estimated to have declined 3.5% in February.

Strengthening domestic demand was underscored by the Federal Reserve’s Beige Book on Wednesday, which described economic activity as having “accelerated to a moderate pace from late February to early April,” and also noted that “consumer spending strengthened.”

Growth estimates for the first quarter are as high as a 9.8% annualized rate. The economy grew at a 4.3% pace in the fourth quarter. Growth is expected to top 7.0% this year, which would be the fastest since 1984. It would follow a 3.5% contraction last year, the worst performance in 74 years.

Though a separate report from the Labor Department on Thursday showed first-time applications for unemployment benefits remained elevated last week, that is probably not a true reflection of the job market’s health.

Initial claims for state unemployment benefits totaled a seasonally adjusted 576,000 for the week ended April 10 compared to 769,000 in the prior week. Economists polled by Reuters had forecast 700,000 applications in the latest week.

Part of the elevation in claims is because of fraud. The enhancement of the unemployment benefit programs, including the weekly subsidy, could also be encouraging some people to file for aid and others to not to seek work.

According to Michael Feroli, chief U.S. economist at JPMorgan, an analysis of the Labor Department’s first payments data, which is published monthly and with a considerable lag, suggested aspirational filers are boosting jobless claims.

“Historically, about 45% of initial claims resulted in a first payment of benefits,” said Feroli.

“Over the last few months, fewer than 25% of initial claims generated a first payment of benefits. One reason may be that the $300 weekly bonus payments are encouraging more people to give filing a shot, the payoff from a successful claim is significantly greater than before the pandemic.”

The government reported this month that employers hired 916,000 workers in March, the most in seven months.

Still, employment remains 8.4 million jobs below its peak in February 2020.