Politics Thousands of Low-Level U.S. Inmates Released in Pandemic Could be Headed Back to Prison
Politics 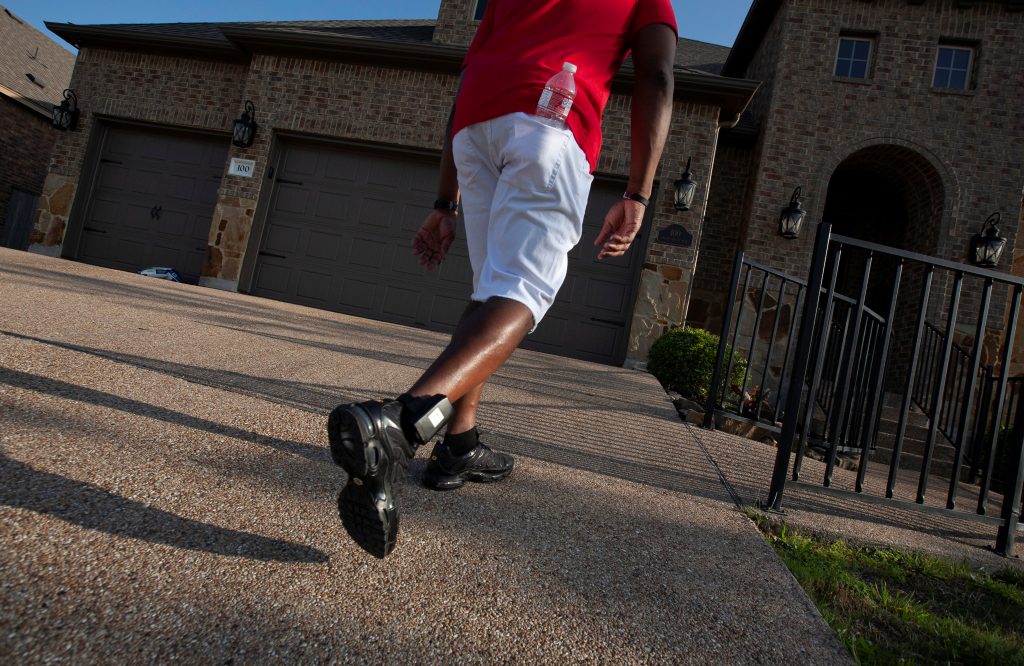 For Kendrick Fulton, the COVID-19 pandemic opened the door to an unexpected opportunity to rebuild his life in Round Rock, Texas, after serving 17 years behind bars for selling crack cocaine.

As officials scrambled last year to stem the spread of the coronavirus in prisons, the Justice Department let Fulton and more than 23,800 inmates like him serve their sentences at home.

But as more people are vaccinated, thousands could be hauled back into prison to serve the remainder of their sentences, thanks to a little-noticed legal opinion issued by the Justice Department in the waning days of Republican former President Donald Trump’s administration.

Congressional Democrats and justice-reform advocates have called on President Joe Biden and U.S. Attorney General Merrick Garland to reverse the opinion, but so far the new administration has not acted to rescind the memo.

The memo offers a strict legal interpretation of the CARES Act, a 2020 law that gave the attorney general the authority to release low-level inmates into home confinement during the pandemic.

Once the emergency is lifted, the memo says, the federal Bureau of Prisons “must recall prisoners in home confinement to correctional facilities” if they do not otherwise qualify to remain at home – a move that could impact as many as 7,399 BOP inmates who currently remain out on home confinement because they still have time left on their sentences.

That leaves Fulton, 47, who said he was able to get much-needed knee surgery and secure a job at a wholesale auto glass distributor in the past few months, facing the prospect of losing the new life he’s tried to create for himself.

“Words can’t really express how I feel to be home 11 years earlier. To get a job, to get a bank account,” said Fulton. “I served over 17 years already. What more do you want? I should go back for another 11 years to literally just do nothing?”

Criminal justice reform advocacy groups say that if the White House leaves the policy in place, it will destroy the lives of thousands of people who pose little public safety risk and have already landed jobs, returned to school and tried to reintegrate into society.

“Allowing this memo to stay on the books is in direct conflict with the administration’s commitment to criminal justice reform,” said Inimai Chettiar, a director at the Justice Action Network.

A BOP spokesman said the bureau is aware of the memo but declined to answer further questions. A union official who represents correctional staff said he believed that ordering everyone back to prison would be logistically “impossible.”

“We don’t have the staff,” said Joe Rojas, the Southeast Regional Vice President at Council Of Prison Locals. “We are already in chaos as it is as an agency.”

A Justice Department spokesperson declined to answer questions about the policy, instead touting the BOP’s success administering more than 122,000 doses of the coronavirus vaccine to staff and inmates. “BOP continues to evaluate the scope of home confinement policies that have also helped to address COVID-19 concerns,” the spokesperson added.

Former Attorney General William Barr in March 2020 ordered the BOP to release non-violent federal inmates into home confinement if they met certain criteria, and later expanded the pool of people who could qualify after declaring the BOP was facing emergency conditions.

“We urge you to use your executive clemency authority or direct the Justice Department to seek compassionate release for people who have demonstrated that they no longer need to be under federal supervision,” they wrote.