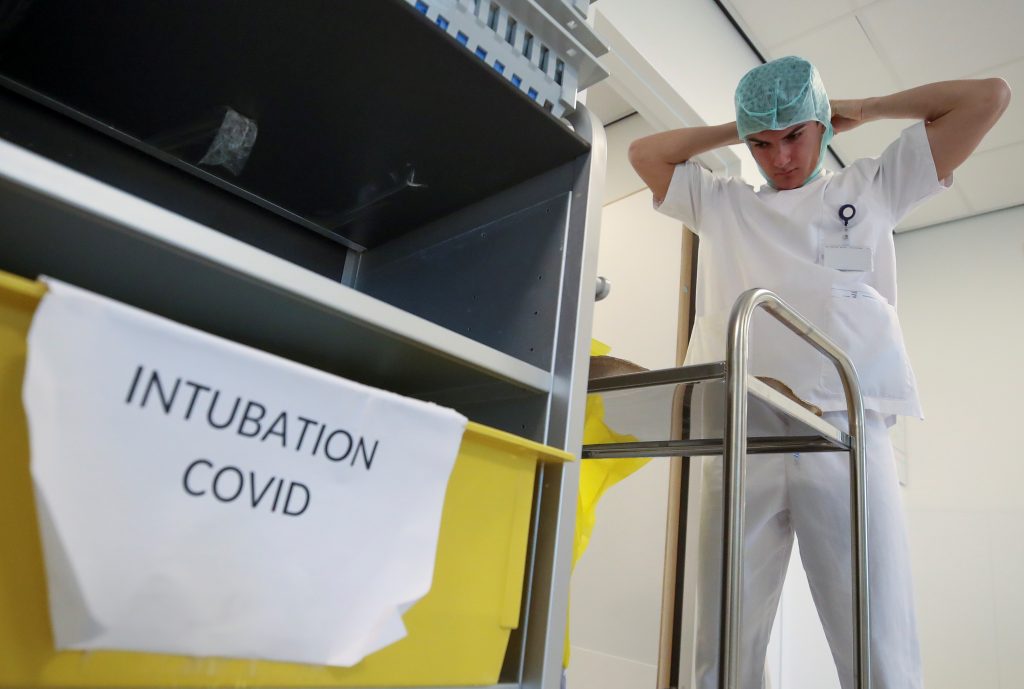 Belgium will close schools, non-food stores and hairdressers for four weeks from Saturday, in a sharp renewed lockdown designed to contain a rising third wave of COVID-19 infections.

A year on from the first pandemic shutdown, Prime Minister Alexander De Croo told a news conference that the variant of the virus first discovered in Britain had become dominant in the country and led to a doubling of COVID-19 patients in hospitals.

Belgium is one of 19 EU countries with rising infections.

“We are facing a third wave. We will break it, as we did the previous ones,” De Croo said. “We have decided on a short-term pain. It’s a heavy decision to take, but if we didn’t, the consequences would be more serious.”

Schools will close from Monday, a week earlier than planned, and reopen on April 19.

Belgians will only be able to go to non-essential stores, such as for clothing, by appointment and evening curfews will remain in place, from 10 p.m. in Brussels and midnight elsewhere.

Only four people will be able to gather outside in the future, down from 10 now. However, people will still be allowed to travel around the country.

Hairdressers will close just weeks after they were allowed to reopen.

Rudi Vervoort, president of the Brussels region, said the situation was particularly worrying in the capital, given its higher density of population, and warned of possible further stricter local measures.

More than 22,000 people have died from COVID-19 in Belgium, among the world’s highest per capita fatality rates. Infections, which were running at a daily average of about 2,000 for three months, are now more than double that level.