Israel ELECTION UPDATES: Israel Goes Back to the Polls
Israel 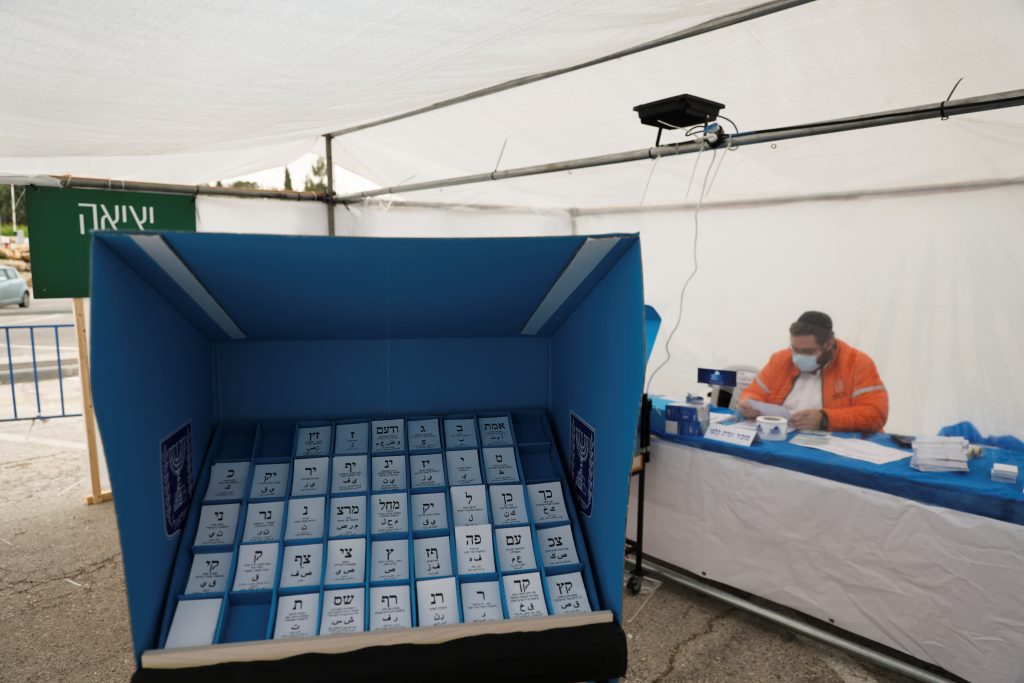 Israelis began voting on Tuesday in a fourth election in two years, with Prime Minister Binyamin Netanyahu hoping a rapid COVID-19 vaccine rollout will win him another term. With coronavirus precautions in place at polling booths across the country opinion polls show the race too close to call.

Opinion polls indicated an uptick for Netanyahu’s Likud party in the campaign’s final days, giving a prospective coalition of righting parties around 60 seats.

On the campaign trail, Netanyahu has highlighted his role in securing millions of vaccine doses from Pfizer and turning Israel into what he dubbed a “vaccination nation.”

Nearly half of Israelis have been fully inoculated at a pace that drew international praise for Netanyahu.

Israel’s swift vaccine roll-out allowed it to reopen much of its economy before the election.

Polling stations opened at 7 a.m. (local time) and will close at 10 p.m., when exit polls could point to voting trends, if not a clear winner.

Netanyahu’s current government, a power-sharing alliance with Defense Minister Benny Gantz, collapsed in December, some seven months after it was established.

Gantz’s Blue and White party is forecast to win barely enough votes to get into the Knesset.

All times are in Israel local time. This post will be updated throughout the day.

Arab voter turnout has improved slightly over the past few hours, reaching around 23% by 2 p.m.

Prime Minister Binyamin Netanyahu and his wife voted at a polling station in Yerushalayim.

As he cast his vote, Netanyahu called on Israelis to get out and vote in Israel’s fourth general election in under two years.

“I call on everyone to go out and vote. We will all get back to life.”

“We conduct a very meticulous control processes, we check for anomalies and statistical data. These things take time,” Adas told Yediot. “I hope that come morning we will count about 70% of the ballots across all regular polling stations. Everything else will trickle in after.”

The president added, “With all the difficulties of the current situation, elections to the Knesset are the pinnacle of our democracy. Four elections in two years erode public trust in the democratic process, but only you can influence. There is no other way.”

The president thanked the Central Elections Committee, headed by Judge Fogelman, saying “In these elections, too, committee ensures the right of every Israeli to vote, and that the process will be carried out according to the regulations across the country. They do so in the face of many challenges, particularly that of adapting the elections to the coronavirus pandemic, to at risk populations and for those in isolation.”

From the polling booth, the president visited the Central Elections Committee at the Knesset, as he has done in each election during his term of office.

Israel’s 6,578,084 eligible voters will cast their ballots at 13,685 polling stations around the country.

In small localities, prisons and hospitals the polling stations will open at 8:00 a.m. and close at 8:00 p.m.

The results are expected to be released starting early Wednesday morning, and the vote count – including the hundreds of thousands of double envelopes – is expected to be completed by Friday afternoon.

On March 31, the final and official results of the elections will be submitted to President Reuven Rivlin.