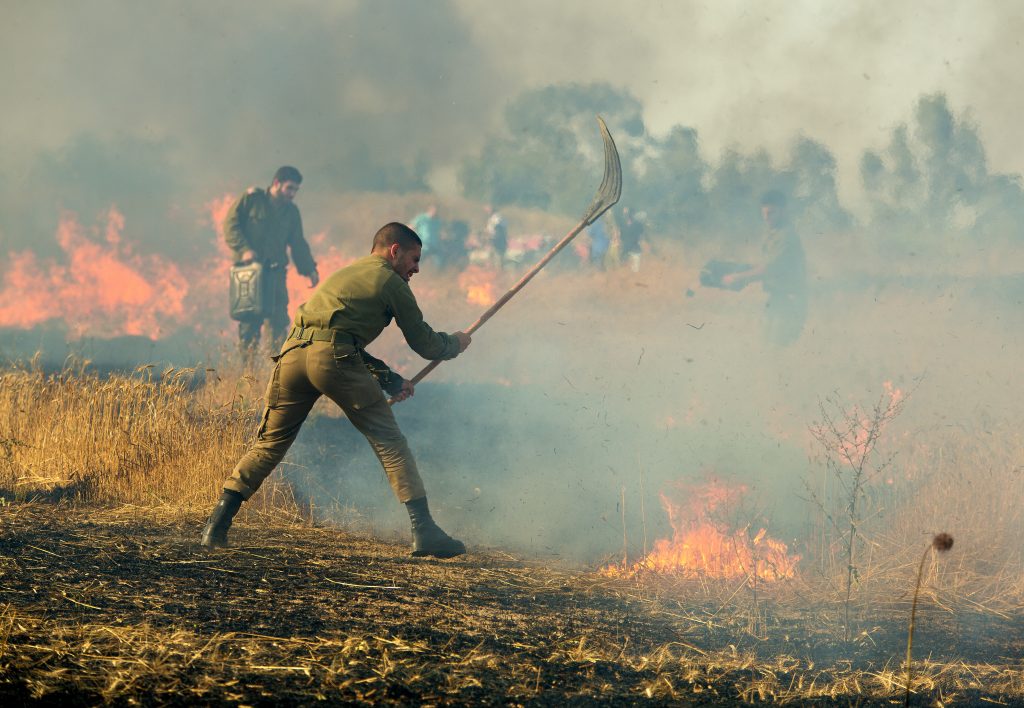 The Agriculture Ministry, the Defense Ministry, the Finance Ministry have formulated a joint decision to support farmers in the Gaza Strip with up to NIS 8 million to encourage early harvest of their crops before they dry and become a target to arson terrorism coming from the Gaza Strip.

The Agriculture Ministry stated Wednesday that farmers whose land is in the vicinity of the Strip will receive support to harvest the grain for hay while the field is still green, before the usual harvest time when the wheat and barley is collected for its produce.

The purpose of the support is to minimize the potential for fires that may be caused by incendiary balloons launched by Gazan terrorists. Allocating the budget should result in most of the Israeli wheat and barley being cut green or semi-green before they dry out and can serve as targets for arson.

Eligible farmers include those in the “fire line” of kite terrorism, who cultivate their fields within 7 km of the perimeter fence around the Gaza Strip.

These areas include 118,366 dunams of wheat and barley fields. The government will provide the support by paying NIS 100 NIS per dunam if the field is cut before it becomes flammable.

Similar support was given by the state in recent years.

Dr. Nachum Itzkovich, director general of the Agriculture Ministry, explained that “this support provides a sense of security and certainty for the surrounding farmers and improves their resilience to continue cultivating the land near the border.”

Terrorists in the Gaza Strip have in recent years been launching balloons tied to flammable materials and explosive charges into communities in the vicinity of the Strip during the summer.

The arson attacks have ignited mass blazes and caused millions of dollars of damage to Israeli farms, but no one was injured in the attacks.

Beyond the targeting of Israeli farmers, much damage was caused to trees and animals in the affected areas, destroying nature preserves and natural habitats.