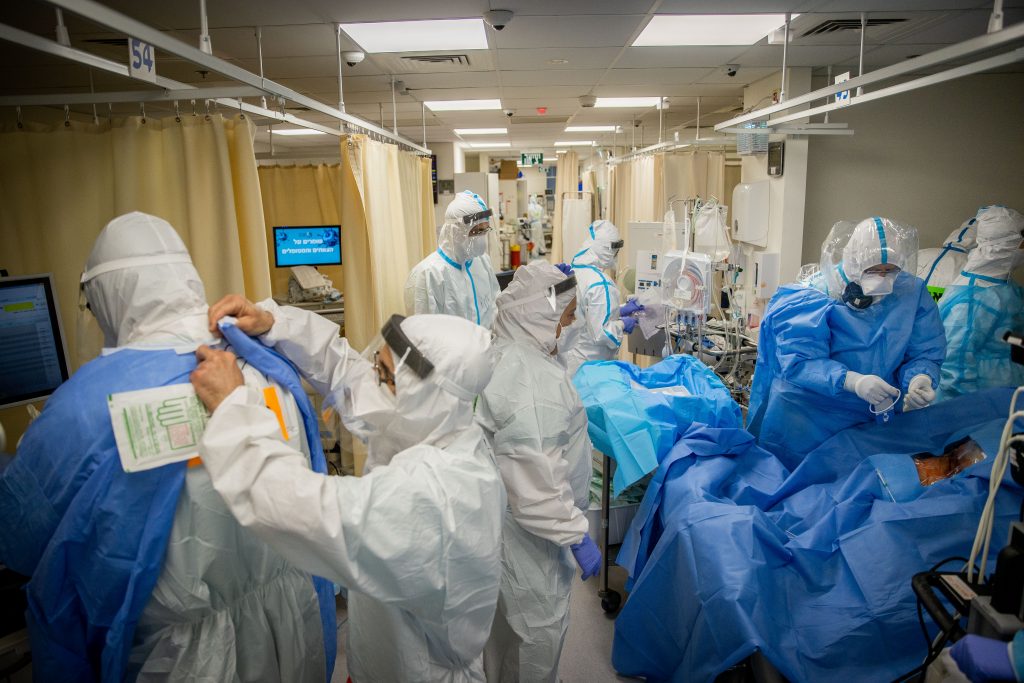 For the first time in several months, the number of seriously ill Israelis suffering from the coronavirus dropped below 600, Health Ministry statistics released Wednesday showed.

The latest statistics show that 578 Israelis are hospitalized in serious condition.

269 of them are listed in critical condition, including 202 who are intubated. The death toll rose to 6,051.

Meanwhile, only 1,472 Israelis were diagnosed with the coronavirus in Israel since Tuesday, bringing the total number of active patients to just under 26,000. A total of 72,600 tests were taken and only 2.1% were positive, the lowest rate in Israel since December.

Israel’s progress in battling the coronavirus pandemic has led to a dramatic rollback in health restrictions across the country, with most commercial businesses being open to the public.

But only holders of so-called “green passports” are allowed to enjoy leisure activities such as cultural and sports events, as well as gyms, hotels, and travel to certain countries.

Green passport holders include members of the public who have received two injections of the Pfizer vaccine or individuals who have recovered from the disease.

While the numbers have been dropping, the Military Intelligence warned the public against losing vigilance and urged people to continue abiding by restrictions of social distancing and wearing masks. More than half the people reported to be infected on Tuesday were reportedly under the age of 19 and many of them were under the age of 16, an age group that is not yet eligible to receive the vaccine.