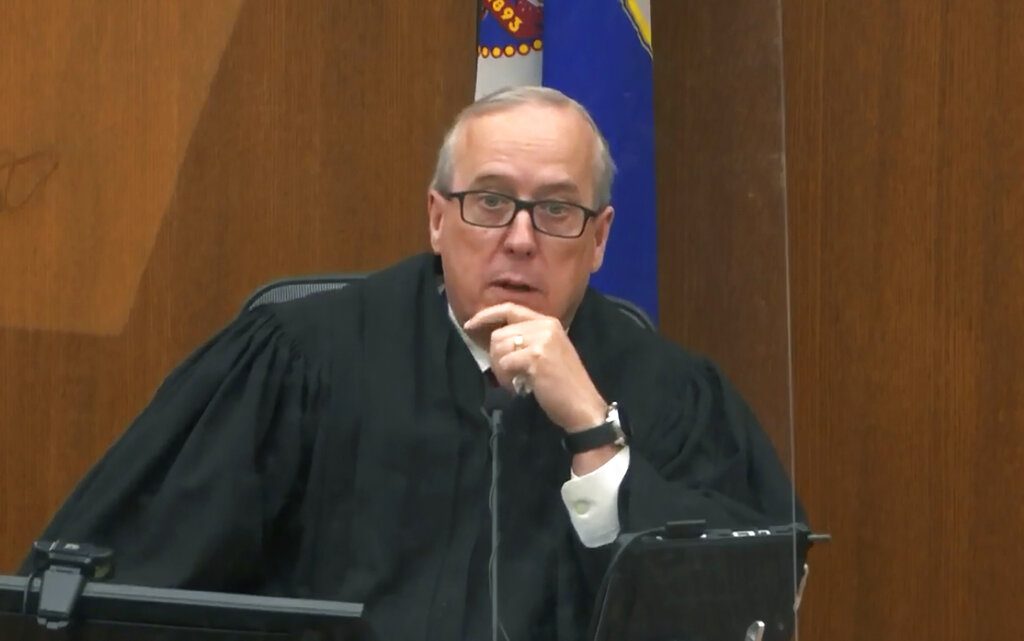 An attorney for the former Minneapolis police officer charged in George Floyd’s death said Monday that he’s “gravely concerned” that the announcement of a $27 million settlement for Floyd’s family makes it impossible for his client to get a fair trial.

Defense attorney Eric Nelson asked for a continuance and raised the possibility of renewing his previously unsuccessful motion to move Derek Chauvin’s trial to another city.

“I am gravely concerned with the news that broke on Friday,” Nelson said, adding that the settlement announcement “has incredible potential to taint the jury pool.”

Prosecutor Steve Schleicher said the state had no control over Mayor Jacob Frey and the City Council, who announced the settlement on Friday.

Absent a delay or change of venue, Nelson urged Hennepin County District Judge Peter Cahill to consider giving both sides extra strikes to remove potential jurors who might be biased, and to recall the seven jurors already seated to ask them how the settlement affected their view of the case.

“I wish city officials would stop talking about this case so much, but at the same time I don’t find any evil intent that they were trying to tamper with this case,” Cahill said. The judge has already instructed members of the jury pool to avoid all news coverage about the case.

Chauvin is charged with murder and manslaughter. Attorneys have been questioning potential jurors to settle on 12 who will deliberate and two to be alternates.

Floyd, a Black man, was declared dead on May 25 after Chauvin, who is white, pressed his knee against his neck for about nine minutes. Floyd’s death sparked sometimes violent protests in Minneapolis and beyond and led to a national reckoning on racial justice. Chauvin is charged with second-degree murder, third-degree murder and manslaughter. At least three weeks have been set aside for jury selection.

In the midst of jury selection, Minneapolis last week agreed to pay $27 million to settle a civil rights lawsuit from Floyd’s family over his death. Floyd family attorney Ben Crump called it the largest pretrial settlement ever for a civil rights claim. The settlement includes $500,000 for the south Minneapolis neighborhood that includes the 38th and Chicago intersection that has been blocked by barricades since Floyd’s death, with a massive metal sculpture and murals in his honor. The city didn’t immediately say how that money would be spent.

The first potential juror questioned Monday volunteered that she had “inadvertently” heard about the $27 million settlement, and that she knew it was a record. She said she presumed it meant the city didn’t feel it would prevail in the civil case.

“When I heard that I almost gasped at the amount,” she said, adding that she couldn’t promise she could disregard it. Cahill excused her and said he appreciated her honesty.

The process of questioning jurors has been long and nuanced, with attorneys for both sides trying to ferret out potential jurors who may be biased. The defense is striking people who tell the court they already have strong feelings about Chauvin’s guilt. The prosecution, meanwhile, is blocking potential jurors who seem inclined to give police the benefit of the doubt.

The earliest opening statements would begin is March 29.

Three other former officers face an August trial on charges of aiding and abetting second-degree murder and manslaughter.