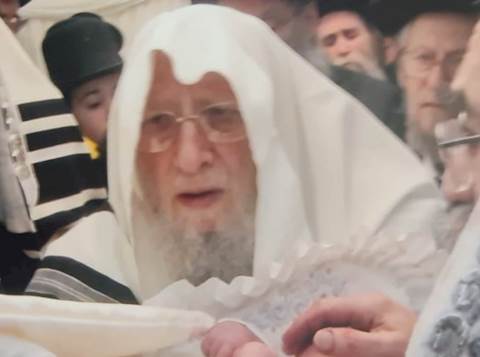 Growing up in Switzerland, he participated in hosting Harav Steinman, zt”l, when the latter was living alone in Switzerland, and Mrs Sternbuch redt the shidduch with his wife.

He studied in Ponevez Yeshiva in Bnei Brak, where he was a favored talmid of Harav Shmuel Rozovsky, zt”l, the Rosh Yeshivah. He later married the daughter of Harav Raphael Feldman, a Rav in London. They first lived in Yerushalayim, then moved to Switzerland, followed by a number of years in Gateshead. From there, they settled in London, where Harav Sternbuch was appointed Rosh Yeshivah of Bobov Yeshivah, where he educated thousands of talmidim over the years.

The levayah left from the funeral home on Shamgar St. to Har Hazeisim, chelkas Galicia.