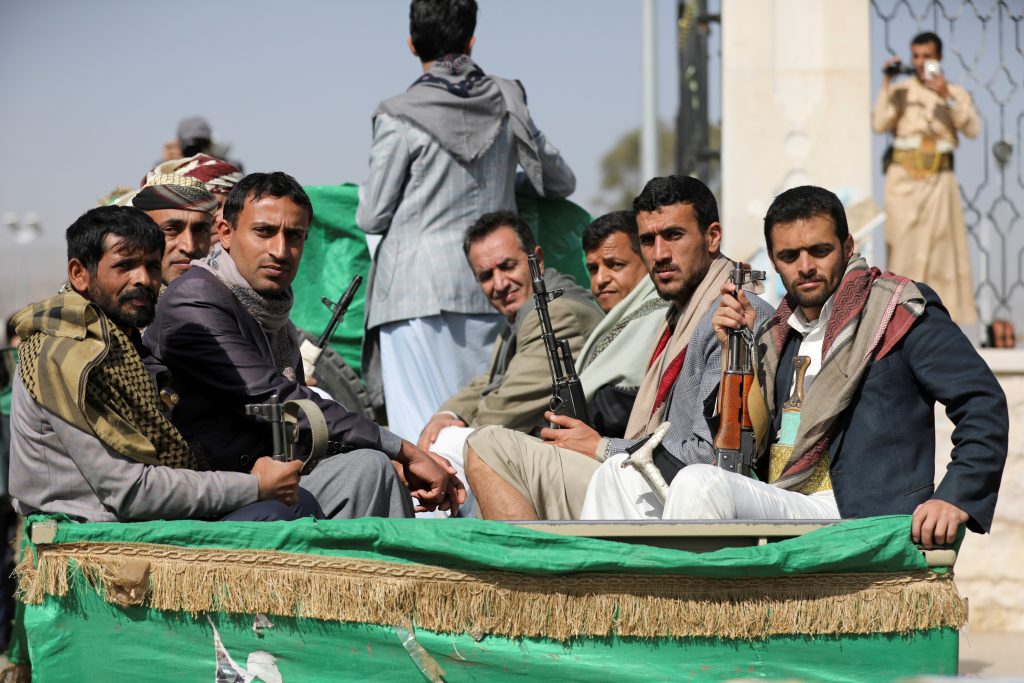 The United States on Monday expressed alarm at “genuine security threats” to Saudi Arabia from Yemen’s Iran-aligned Houthis and elsewhere in the region after attacks on the heart of the Saudi oil industry, and it would look at improving support for Saudi defences.

Earlier in the day, the U.S. Embassy in Riyadh said Washington was committed to defending Saudi following Sunday’s volley of drones and missiles, including one aimed at a Saudi facility vital to oil exports.

“We continue to be alarmed by the frequency of Houthi attacks on Saudi Arabia. Escalating attacks like these are not the actions of a group that is serious about peace,” U.S. State Department spokeswoman Jen Psaki said.

“We understand that they face genuine security threats from Yemen and others in the region…We will look for ways to improve support for Saudi Arabia’s ability to defend its territory against threats,” she told a Washington news briefing.

Saudi-led coalition authorities said most of Sunday’s drones and missiles were intercepted en route to their targets and there were no casualties or property losses from the attacks.

They targeted an oil storage yard at Ras Tanura, site of a refinery and the world’s biggest offshore oil-loading facility, and a residential compound in Dhahran used by state-controlled oil giant Saudi Aramco.

The attacks, which drove Brent crude prices above $70 a barrel to their highest since January 2020, come at a time of friction in the decades-old alliance between Saudi Arabia and the United States as President Joe Biden puts pressure on Riyadh over its human rights record and the ruinous Yemen war.

“The United States stands by Saudi Arabia and its people. Our commitment to defend the kingdom and its security is firm,” the U.S. Embassy said in an Arabic-language Twitter post.

The Houthis have been battling a Saudi-led coalition in Yemen for six years in a conflict largely regarded as a proxy war between Saudi Arabia and Iran.

In new incidents on Monday, the coalition said it had intercepted and destroyed a ballistic missile and an explosive drone fired towards parts of the kingdom’s southern region.

The Houthi military claimed to have hit a military target at Saudi Arabia’s Abha airport, near the Yemen border, with a new type of ballistic missile.

Saudi Defence Ministry spokesman Colonel Turki al-Malki, who also speaks for the coalition, said on Al Arabiya TV that Iran was smuggling missiles and drones to the Houthis. The Houthis and Tehran have in the past rejected such charges.

Riyadh has repeatedly said that Iran’s ballistic missile programme and support for regional proxies including in Yemen should be part of any talks aimed at reviving a 2015 nuclear pact with Iran that Biden’s predecessor Donald Trump quit.

The coalition said it destroyed 12 Houthi drones, without specifying locations in the kingdom, and two ballistic missiles launched towards Jazan.

The Saudi Defence Ministry later said it had intercepted an armed drone coming from the sea before it could hit its target at Ras Tanura. Shrapnel from a ballistic missile fell near the residential compound used by Aramco.

The two sites in Eastern Province are located on the Gulf coast across from Iran and near Iraq and Bahrain, which is the regional base of the U.S. Navy. Yemen lies nearly 1,000 km (600 miles) southwest on the Gulf of Aden.

Eastern Province has most of Aramco’s production and export facilities. In 2019, Saudi Arabia, the world’s top oil exporter, was shaken by a big attack on oil installations just a few km (miles) from the facilities targeted on Sunday, which Riyadh blamed on Iran, an accusation Tehran denies.

The 2019 attack, which was claimed by the Houthis but which Riyadh said did not originate from Yemen, forced Saudi Arabia to temporarily shut more than half of its crude output.

The Houthis have stepped up attacks as the United States and United Nations have been pushing for a ceasefire to revive stalled Yemen peace talks. Biden has declared a halt to U.S. support for coalition offensive operations in Yemen but said Washington would continue to help Saudi Arabia defend itself.