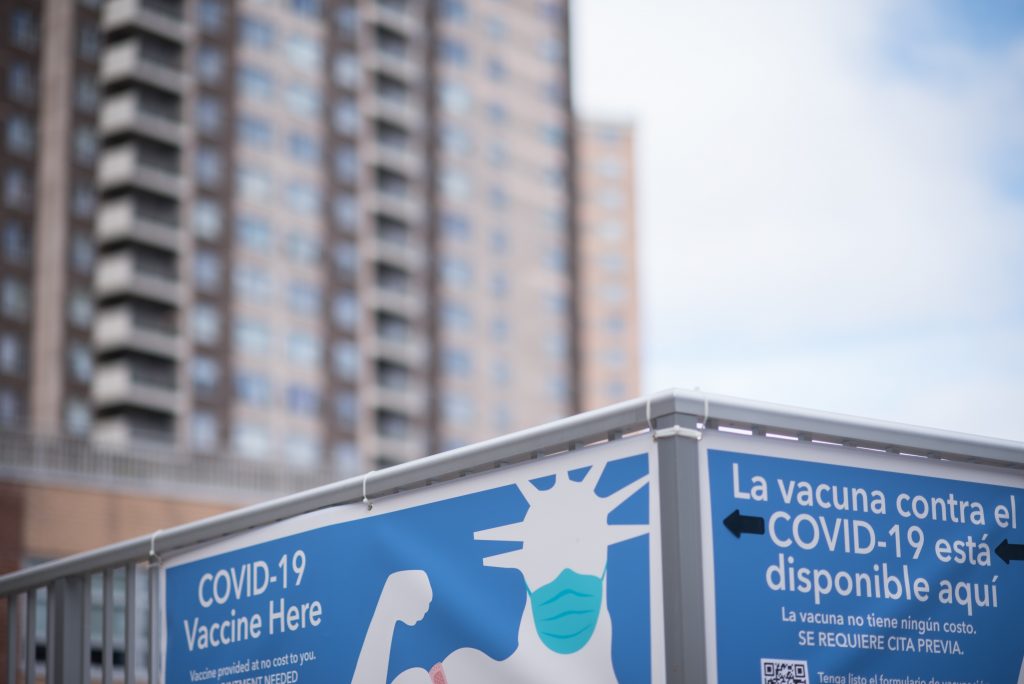 “Our goal is five million New Yorkers fully vaccinated by June. We can do that quicker. We’d like to do that even quicker,” said de Blasio as he celebrated the new vaccination push for homebound seniors. At the Bronx Co-Op City location, the first 50 seniors received their Johnson & Johnson vaccine.

With the Johnson & Johnson vaccine, which requires only one shot and a normal freezer for storage, the city has set up a program that sends trained medical professionals to the apartments of the homebound elderly to distribute the one necessary dose.

De Blasio noted that as more and more people become vaccinated, their example eases concerns that others hold. The mayor said he met William, a retired police officer, who had decided to come get his shot after months of hesitation. “He said the more he saw as millions and millions of people got vaccinated, the more confidence he had. And he also wanted to make sure when the time came it would be one shot only. That’s what he wanted.”

In a media interview, de Blasio credited the Department of Aging and the Health Department for spearheading the program, and the Fire Department for sending its personnel door to door with vaccines. The push “takes time, it’s labor intensive,” the mayor conceded. “But now that we’re starting to get the Johnson & Johnson doses, we’re going to be able to do it. And very shortly, we’ll be providing people a way to sign up all over the city.

“[For] home-bound seniors, the fact that it’s one shot does the entire job means that you know it’s done. Obviously, a home-bound senior cannot get out for a second shot. They would have to wait for someone to bring it to them. I really like the notion of anyone knowing that the first shot has taken care of the entire mission…it’ll take us time to get to every home-bound senior, but that’s what our goal is, is to reach everyone who needs it and wants to have it.”

Over 3 million New Yorkers, or 16% of residents, have received at least one vaccine dose to protect against the coronavirus.