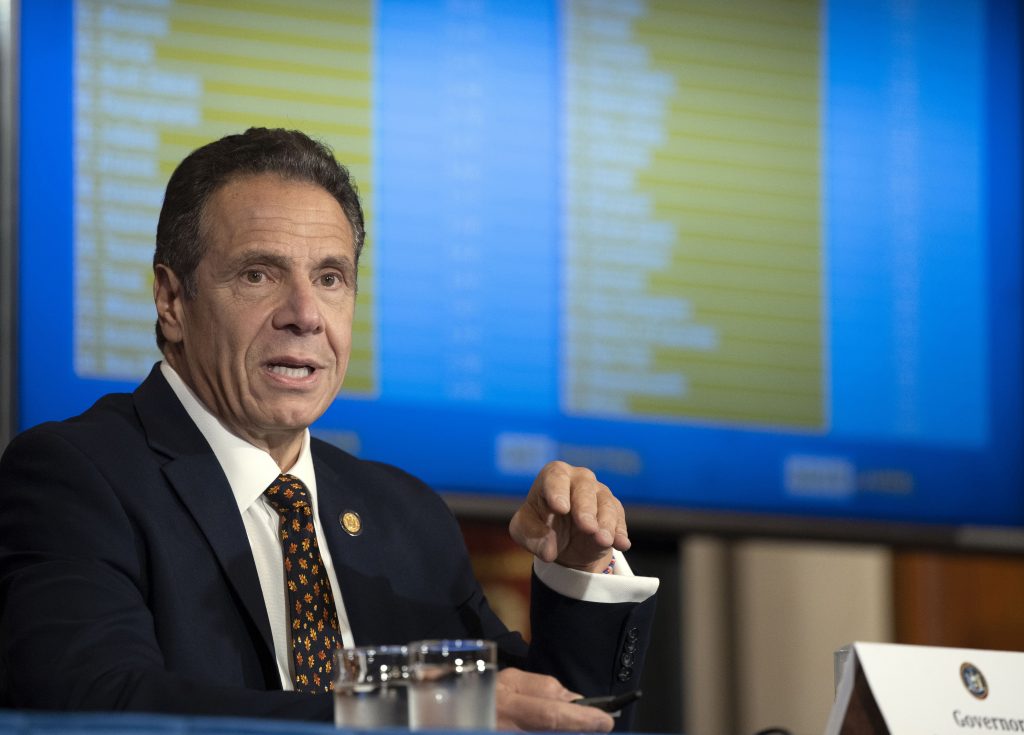 The New York Legislature has passed a bill to limit Gov. Andrew Cuomo’s emergency powers at a time when he’s facing allegations and scrutiny over his administration’s reporting of deadly COVID-19 outbreaks at nursing homes.

Democrats who have expressed disappointment in the governor in recent days have trumpeted the bill as a “repeal” of Cuomo’s emergency powers. Those powers are set to sunset at the end of April when the state of emergency ends, unless the Legislature acts to end it sooner.

The Senate and Assembly passed the bill in party-line votes of 43 to 20 and 107 to 43. It has been sent to the governor, who has said he supports it.

Any governor in New York has the power to suspend laws in a state of emergency, but last spring, lawmakers approved Cuomo’s request for additional authority to pass sweeping mandates unilaterally. Republicans have long opposed the additional powers.

Under the new legislation, the governor would no longer have the power to pass new mandates.

But it would allow the governor to extend or amend dozens of his ongoing COVID-19 mandates, which include limits for restaurant capacity, eligibility rules for vaccinations, the number of vaccine locations, gathering limits, social distancing rules, testing, quarantine rules and air quality or filtration requirements.

His power to extend or amend the mandates would expire once the state of emergency is lifted in April, or sooner if the Legislature chose to do so.

Senate Deputy Majority Leader Mike Gianaris defended the bill for ensuring that the mask mandate, for example, is still in effect. He said Cuomo couldn’t keep alive directives unrelated to reducing COVID-19 spread and administering vaccines, though it’s unclear whether Cuomo and lawmakers will agree on where to draw that line.

“Maybe my colleagues would prefer if all that went away and we just become Texas, where the governor declared there’s no more restrictions and everything,” Gianaris said. “That’s not what anyone wants… so we’re being responsible.”

Republicans, who are pushing to impeach the governor and want a full repeal of his powers, said the governor’s alleged conduct has proven he’s not fit to wield emergency powers. They criticized the bill for lacking teeth and allowing Cuomo to extend COVID-19 mandates indefinitely, until the state of emergency is over.

“Why are we continuing to trust this man to make decisions that are in the best interests of this state?” Sen. Anthony Palumbo, a Republican, said.

If the governor signs the bill, he could only extend existing COVID-19 mandates for 30 days and would have to notify lawmakers five days before and offer lawmakers and local governments a chance to respond. Cuomo couldn’t extend or tweak a directive more than once unless he has “responded” to comments, though Republicans criticized the bill for leaving unclear what exactly would count as a response.

Cuomo can bypass that five-day notification requirement if he says it’s needed to avoid an “imminent threat to public health or safety.” He would still have to provide some opportunity for comment.

The bill also got support from a small but growing number of left-leaning Democrats who have joined calls for Cuomo to resign.

“To be clear, this bill falls short of a full repeal of the governor’s expanded powers,” said Sen. Alessandra Biaggi, who said she believes it’s in New Yorkers’ best interest “to end the governor’s ability to issue new directives.”