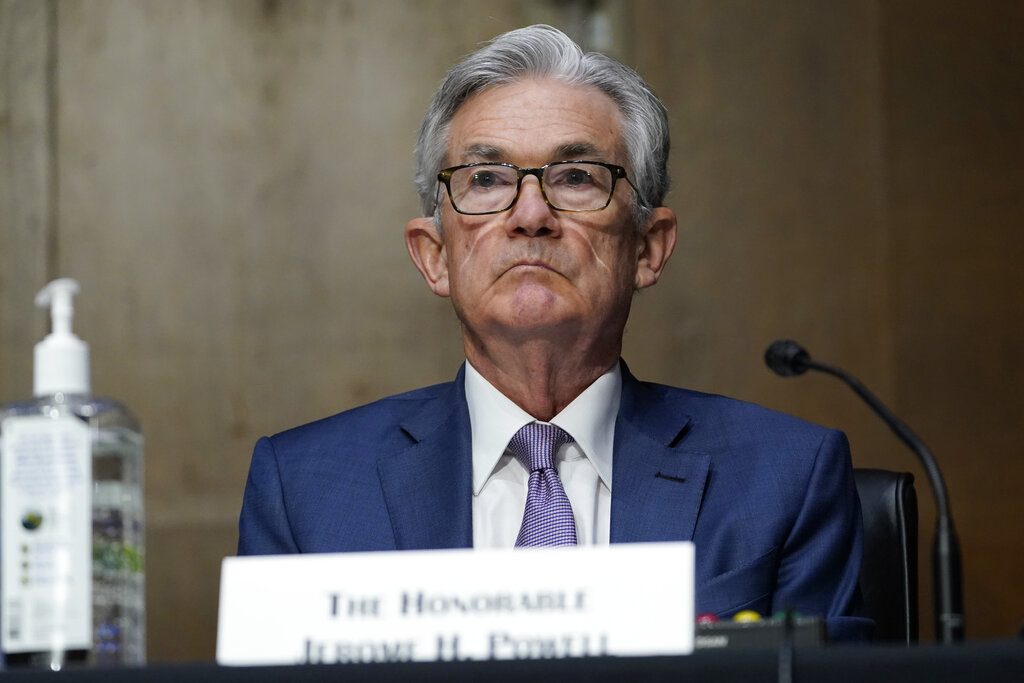 Federal Reserve Chair Jerome Powell suggested Thursday that inflation will pick up in the coming months but that it would likely prove temporary and not enough for the Fed to alter its record-low interest-rate policies.

Powell also said the outlook for the economy has improved after three months of weak job growth. But he cautioned that the economy and the job market are still far from fully recovered and that full employment would not be achieved this year.

The chairman offered no signal that the Fed might respond soon to rising interest rates on Treasury securities by altering its bond-buying policies.

“We think our current policy stance is appropriate,” Powell said.

His message of wait-and-see patience caused bond yields to jump and stocks to fall further, signaling that investors foresee stronger growth and higher inflation on the horizon. The yield on the 10-year Treasury note has jumped from below 1% at the end of last year to roughly 1.4% Wednesday — and then surged above 1.5% during Powell’s remarks.

As the economy reopens in the coming months with vaccines more widely distributed, many economists expect a spending boom that will stretch available supplies of goods and services. That additional spending could send prices up in some sectors of the economy.

Once price declines that occurred about a year ago when the pandemic began are removed from the year-over-year calculations, inflation will temporarily rise. But the Fed won’t see either of those trends as worrisome increases that would force them to change their policies, Powell said.

“If we do see what we believe is likely a transitory increase in inflation, where longer-term inflation expectations are broadly stable, I expect that we will be patient” about making any changes, he said.

When the pandemic intensified nearly a year ago, the Fed pegged its short-term interest rate to near zero and began purchasing $120 billion in Treasury and mortgage bonds a month. The Fed has previously signaled that it intends to keep its rate near zero through at least 2023. And many analysts say they think the bond purchases won’t be tapered until next year.